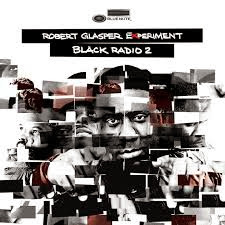 My favorite contemporary jazz artist is without a doubt Blue Note pianist/producer Robert Glasper. Many people say that jazz is dead, a thing of the past, mainly because few young listeners have any real knowledge of  what the groundbreaking genre truly is. One of the last young jazz musicians to be written into the jazz canon was the extremely talented trumpeter Wynton Marsalis who started out as a protogé of Art Blakey and his Jazz Messengers. But rather than striving to take jazz into the future, Marsalis had a lot of elitist ideas, meaning that the bebop, swing, big bands, and hard bop styles of decades past were the only musc worthy to even be called jazz music. At the same time, he made both friends and enemies amongst swinging generation before him, due to his outspokeness and blatant disregard for the innovative and popular jazz fusion music with its use of electronics instruments and rock rhythms. If jazz is to survive we can't make it a small exclusive club for an elitist clientele. Neither can we stand still and dwell on the great times and music of the past. Enter Houston, Texas pianist/producer Robert Glasper and his Experiment band; a musician who I feel is the next real big thing to happen in jazz, and who clearly understands this concept and are hell bent on making jazz more accessible while still staying true to its foundation. 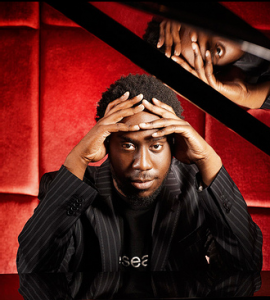 By releasing three highly acclaimed albums as leader of an acoustic piano trio between 2005 and 2009, Robert Glasper made sure that he got the respect of that exclusive clientele who believes jazz to be something only understood and appreciated by a very select few. That he was signed to the most legendary jazz imprint still standing, Blue Note Records, didn't exactly hurt his case either. By the time his fourth album started to take shape things were about to change - the piano trio was switched to a new band, a quartet called The Robert Glasper Experiment. A plethora of electronic instruments and influences from soul, funk, and hip-hop were introduced to the fold; Glasper's acoustic piano would often be switched to Fender Rhodes and various synths, Derrick McHodge played the electric Fender bass, while Chris Dave and Casey Benjamin played drums and various reed instruments, respectively. The resulting album "Black Radio" was completely genre defending, and while the musical backdrops had its roots in soulful jazz music none of the songs were instrumentals as is usual custom. Rather The Experiment was joined by many of the finest voices in the best contemporary music of the day, including Erykah Badu, Mos Def, Bilal, Lupe Fiasco, Lalah Hathaway, and Chrisette Michelle. It was a daring move, but it gained much critical praise for its well-crafted blend of genres and virtuos playing styles.

Now in late 2013, Robert Glasper Experiment and Blue Note Records is aiming to repeating the success with the release of "Black Radio 2" . The question is if it's as exciting as the original, or is it merely a tired repetition of an already played out concept? Even before you put the needle to the vinyl, some similarities are obvious beside the name; like its predecessor, every song on the LP lists at least one guest vocalist, most of them coming from soul and R&B, with a few hip-hop emcees to boost. The most suprising, but definitely exciting, names are Norah Jones and Fall Out Boy's Patrick Stump. The album kicks off with a "double intro" - the first two minutes of the track is called "Baby Tonight" which is a slow laid back thing where Glasper, Hodges, and Dave plays an acoustic (save for a slight low-key synthesized riff that goes as soon as it comes) groove underlining a vocoder enhanced hook repeating the "Baby Tonight" and "Black Radio" titles. Personally I had hoped for a little more powerful introduction, but my prayers was answered two minutes into the track when Part 2 of the intro kicks in. This one really sets the tone for the musical journey that is "Black Radio 2" a lot better in my opinion. Over an unaccompanied beautiful accoustic piano melody, all of the featured guests on the album introduce themeselves and the album we're about to hear.

This segues directly into the single "I Stand Alone", featuring two verses by Common and a powerful chorus by Fall Out Boy's Patrick Stump; a weird combination it might seem at first, but once you hear it, it makes all the sense in the world. Glasper's grand piano playing here is absolutely hypnotic, creating a hauntingly beautiful melody that perfectly underlines Common's verse about, amongst other things, coming to terms with yourselves, and how you sometime need to learn appreciating being alone. Everything about this song is pure magic, from the wonderful acoustic piano in minor, to Common's two particularly strong verses, Patrick Stump's terriffic chorus and Chris Daves immaculate time keeping. "I Stand Alone" has probably been the most rewinded song in my headphones since I first got a hold of it, and as such as I rank it as one of the year's very best songs.

The other song to feature emcees come near to the end of the LP with "Perserverance", a track featuring Snoop Dogg and Lupe Fiasco who trade bars while singer Luke James provides the singing. The production is very low-key, with Hodges, Glasper and Chris Dave playing equally important roles for the main part of the song, with Hodges and Glasper together creating a downbeat melody from just a few notes in minor. Together with the verses and James crooning, the music evokes in me feelings of strong longing for times past. Both emcees sounds great on this somber track (like Snoop's: "Black power, look I'm trying to take the meaning back/ Seems like a wish away, chilling like a villain on the corner with a burner in a pickle play") though they are both too short, but the real treat comes during the last minute when Glasper lets loose of a real virtuos solo on acoustic piano that reminds listeners that, yes he's a team player, but he's also one of the greatest jazz pianists of our time.

Besides these two hip-hop oriented tracks the remaining guests come from the Soul and R&B world, which suits the Experiment's music very well though I personally would have liked at least few more emcees making their rounds on the LP. But that's not to say that there's not some extremely potent songs on here... The Norah James collaboration "Let It Ride", "Calls" by Jill Scott, Emeli Sande's "Somebody Else" and "Worries" with Dwéle immediatly comes to mind as some of the best soul music I've heard in a long time. Superb records like these is something that I can see being played and praised 20 years from now. Out of jazz, R&B and hip-hop, which is the three genres mostly used in the compositions of "Black Radio 2", R&B is the one I personally listen to the least. It is also the predominant style out of the three on this album, although there's always a slight jazz emphasis on any cut, and while I do truly love all of the songs mentioned above, I feel the album would have been made even stronger by cutting off some of the slowest jams. The six minutes long "Trust" by Marsha Ambrosious, an artist I often enjoy, does absolutely nothing for me for example. In my opinion it would have been wiser to add a few more hip-hop oriented tracks (imagine Talib Kweli, Ghostface, Q-Tip or Posdnous over a Glasper Experiment track) and at least one long jazz instrumental where the band could really stretch out as soloists would have been fantastic to hear if you ask me. The problem is that around the middle of the album (tracks #6 to #8) it does drag on a bit too much without really getting anywhere for my taste. It should be said that nothing here is wack though, and it is definitely listenable from front-to-back. Oh, and on anoter note - make sure to grab the "DELUXE EDITION" of this if you have the chance as it features no less than 5 additional songs; including a brilliant joint with Jean Grae and Macy Gray which should have been on the ordinary release, no question.

But overall this is a very well crafted and well executed album by any means. The musicians is constantly impressing, and each one of the Experiment's members have at least a couple of moments where they shine a little extra. Glasper himself constantly shines, and even though he rarely solos he proves that he's the most interesting pianist of our day. The production, sound quality and engineering are all top notch and is as sharp as a knife. You can tell that there's been a lot of thought put into the making of this album - which to me is even better than its 2010 predecessor. Which singer or rapper gets on what song are strategically placed, as all artists sounds right at home and in their element despite the tracks differing from the artists personal LP:s. The instrumental parts, the vocals; on the whole it's mostly phenomenal. The biggest problem for audiophiles these days might be where the hell to label/categorize the album in their collection (haha). It will probably go under jazz being that it's on Blue Note Records and that Robert Glasper has previously released albums of classic jazz styles. But the truth is that "Black Radio 2" defies any genre labeling except good music - it¨s not exactly jazz, neither is it soul/R&B or hip-hop. But it certainly has elements of all those genres, so if you're like me and like all aforementioned musical styles this album is a true blessing. I am tempted to give this album a 4/5 rating, but like I said before the middle kind of drags it down a bit so ultimately I'm settling for 3.5/5. Either way, Robert Glasper is amongst the most exciting artist active on the contempary music scene today and I can't wait to see what he'll be doing next. I pray we'll get a remix EP similiar to the six track record we got soon after "Black Radio".