Stoneface (birth name, Jason Miller), a representant of the Gemstar Regime, is someone I believe heads dwelling here @ The Lost Tapes will have a lot of appreciation for. Over hardhitting but soulful East Coast style beats supplied by BP (producer of Black Star Militia, 9th Prince and William Cooper) Stoneface's lyrics conveys knowledge of self while staying true to the gritty street element represented in the vast majority of good hip-hop music. Followers of the words from Tragedy, Hell Razah and William Cooper not yet familiar with Stoneface are likely to find a new vocalist to absorb dope and intelligent music from. Besides a free EP entirely produced by BP for Gemstar Regime and cameos from 9th Prince and William Cooper, Stoneface recently shared the experience of surviving a  nearly fatal gun shot to the head which cost him his eye sight on A&E's I Survived: Beyond & Back which should hit the Tube any minute now (you'll find a teaser in the link). 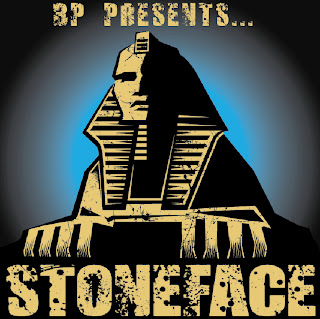 BP Presents STONEFACE
Posted by lost.tapes.claaa7@gmail.com at 11:19 AM