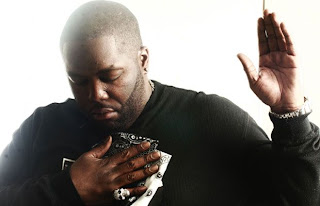 El-Producto producing an entire album for Southern legend Killer Mike guarantees that the upcoming "R.A.P. Music" is one of my most anticipated albums of 2012. Following the first single "Big Beast", which was a straight-spitting posse cut, the second single "Don't Die" takes on a totally different concept. Over El-P's paranoid but hardhitting production, Big Mike speaks out on police brutality, obviously fueled by the tragic faith of Trayvon Martin. ".R.A.P. Music" drops on May 15 via Williams Street and I'm more and more starting to think that this might be the worthy follow up to Cannibal Ox's classic "The Cold Vein". Put your hoods on to this; R.I.P. Trayvon!