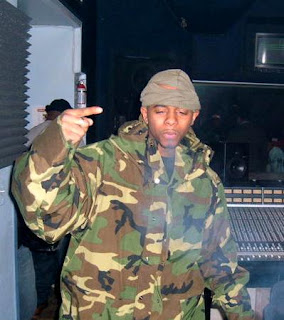 Last year Heaven Razah was in a medical condition that left all of his fans sending out our strongest prayers. Miraculously, not only did he survive and wake up from a coma but throughout the past year he has been making a relatively speedy recovery. Razah's even been getting back to the music, releasing the digital street album "Razah Reborn" and got several projects lined up for the future. Wu-International  recently connected with Heaven Razah for the first real interview since his recovery and it's great to hear the man speak again, filled with inspiration and in good spirits. Besides the very interesting interview, Wu-International has posted a brand new Heaven Razah mixtape called "The Family Guy" that features several Ghetto Government artists as well as Timbo King, Shabazz the Disciple and old Sunz of Man affiliate TrayBag. Check out the mixtape and READ THE INTERVIEW HERE.


HELL RAZAH - "THE FAMILY GUY" MIXTAPE @ WU-INTERNATIONAL
Posted by lost.tapes.claaa7@gmail.com at 1:48 AM