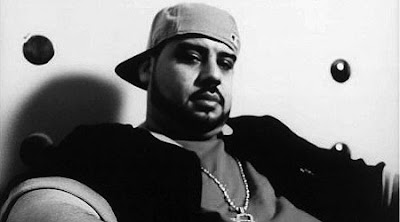 Kenny "Dope" Gonzales is an extremely versitaile producer and DJ that's been around for a long time as mainly a hip-hop and house musician under names including, amongst others, Bucketheads, 2 Dope, House Brigade, Dopebrother and of course Kenny Dope which is the alias most hip-hop heads know him as. Together with Louie Vega he's made a lot of immortal remixes under the Masters At Work moniker. Most recently he took the young and extremely talented New Jersey emcee Rasheed Chappell under his wings and produced the latters modern masterpiece "Future Before Nostalgia" which is out now on both vinyl and CD (also check out my interview with Rasheed). All the above reasons should be more than enough for y'all to hit the play button on Gonzale's brand new "Basement Mix #2"; a great eclectic mix of classic and obscure funk, soul, jazz and hip-hop breaks that plays out as a great showcase of Kenny Dope's impeccable turntable skills. TURN IT UP.... A LITTLE LOUDER!!

Posted by lost.tapes.claaa7@gmail.com at 5:57 AM