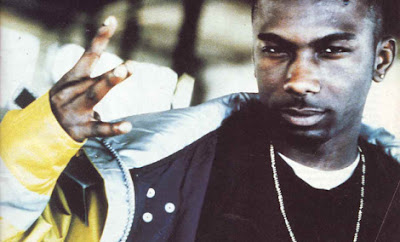 Ras Kass might very well be the most talented emcee out the whole West Coast; he embodies the whole LA in his rhymes, but at the same time he always had a great love for the East Coast sound and the boom bap soundds often associated with New York. On his first single he worked with Diamond D to great effect, the title track to the subject of this post, "Goldyn Child", was a master meeting with DJ Premier and all the way back in 1995 he released a 12" by the one-time deal that was the group The Fantastic Four together with Big Red, K. Terribull, Diamond, and Jon Dough; not to mention his numerous collaborations with Canibus and Killah Priest, and so forth. If life and the hip-hop industry in particular was anywhere near fear, and skills sold, Ras Kass should be one of the most succesful artists in the game. Such is unfortunately not the case; after two great solo albums, 1996 absolutely brilliant "Soul On Ice" and the sometimes immaculate '98 follow-up "Rasassination" that featured classics like "The End" and the title track. Both albums were released on Priority Records, and though both albums made their way to stores, signing with Priority was probably the biggest mistake Ras ever did. The label merged with Capitol Records at the turn of the millenium, leaving much of the original roster in limbo. Not suprsiingly, our favorite California rhymer was one of the artists locked down by label politics.

During this time, Ras recored and completed two albums that have yet to see any other release than dodgy bootlegs and fake ish. Before it could get an official drop, "Van Gogh" was leaked and bootlegged heavily in advace, leading Capitol into forcing Rass to record an entirely new full-length; the result was "Goldyn Child". This would've been Ras' third official album, and the second one that he turned in to the suits at Capitol. Two singles were released from the project to test the waters in advance; the Rick Rock produced / Kokane assisted "Back It Up", followed by the DJ Premier remix of title track which many underground fanatics still to this day hold as the eptiome of Ras Kass and his music. Times had changed by 2002 however; the DJ Premier remix would've been a sure shot hit single only five years earleir, but in 2002 commercial labels were looking for club music by the likes of Neptunes, Dr. Dre, and producers who made hit records without utilizing samples.  Ras Kass would not back down when it came to using the title track as the first single, while the label vouched for "The Whoop" as the lead single with it's Dr. Dre laced beat and Busta Rhymes apperance. The label really didn't want the Preemo joint as the lead single for some reason although both Ras and Dre themeselves insisted on dropping "The Whoop" as the follow-up 12". This was pretty much the last straw and Ras Kass ended up with yet another scrapped album. There were however a  third promotional release that made it's way to the public before Capitol pulled the plug on the project (which is where the cover artwork below originates from); a seven track promo mixtape hosted and mixed by DJ Kid Capri, who also di the´´intro on what was to be the retail release. The promo CD features an intro, the two singles and the exclusive cuts "Kiss Of Death" and "Fuck U Up" as well as two joints from "Rasassination" - "Waterproof" (better known as "H2OProof"), and the Dr. Dre assisted "Ghetto Fabolous". If you're interested in hearing this exclusive mix - you can, once again thanks to Ant, grab it here.
The hip-hop game had changed a lot since Ras Kass two first albums and with a new label dealproblem was that the type of hip-hop that the title track and singles repsented to the commercial public was a thing of the past; this was the era of Neptunes beats, no samples and club bangers. In the end "Goldyn Chyld", the album, became the second Ras Kass album to be shelved by Capitol. And this despite that the 17 track album featured the very definition of lyricism over some of the East and West Coast's finest beat genisues; including beats provided by heavyweights like the aforementioned Premier and Rick Rock, Dr. Dre, Hi-Tek, DJ Khalil, Alchemist, Jelly Roll, Kid Capri, Mr. Porter, Havoc, Battlecat, Rockwilder, and Scott Storch. Heavy names like did not help the cause, and very unfortunately a release of either this or "Van Gogh" seems highly unlikely at this point. At least we're able to hear this in good quality as it was orignally itended had Priority never been bought up by Capitol Label politics man, fuck 'em!.

Label politics can be a real bitch, and any fan of Ras Kass' music clearly deserves to hear this album in full; some beats might be a bit questiioable, and it's not as good as Ras' two first albums, but there's plenty of songs on here that's absolutely incredible. Luckily, frequent Lost Tapes collaborator and friend Ant came to the rescue once again (he was also the one that hooked me up with the "Golden State Project" compilaition). According to Ant, rather than a shitty bootleg, this is the real deal, exactly as we would've got to hear it had Capitol not pulled out of the deal - this has all the 17 songs in the proper sequence just as Ras and his exec wanted it, and as if that wasn't enough, it's fully mastered and even features every skit and what not. This is gold right here, and as always Ant is the motherfucking man, mega props to you brother and let me know if you need anything else. TURN IT UP!! 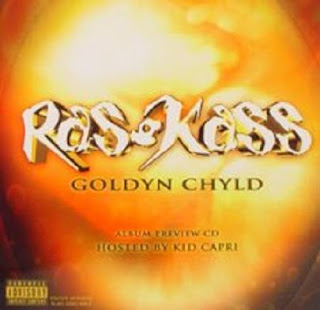 RAS KASS - "GOLDYN CHYLD" [Official]
Posted by lost.tapes.claaa7@gmail.com at 2:21 AM