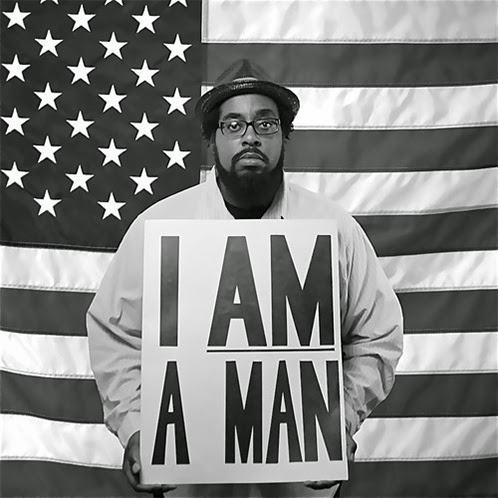 J-Live on of the best, smartest and politically correct emcees in this hip-hop field of ours brings out his latest single "I'm A Man (American Justice)" and it's an absolute beast which is an open letter to abusive pigs. Some of my favorite lines right here (though the entire song is full of gems): "We're blacks and ya'll cops, no apologies/ But apologists say not all police.... Shhhh/ Please, when you're treated less like a human by a beast, it doesn't matter/ It's the whole beast or nothing but the beast/ If it's systematic, pandemic and you don't even have the decency to condemn it? God dammnit". Produced and mixed by J-Live, you can purchase the single (with instrumental, main and clean). Now if only radio would have the guts to play this type of music but of course they don't want the people catch any conscious messages. Let's hope we'll get a new J-Live album soon enough; I loved "S.P.T.A." and "Around the Sun" definitely had it's moments (though I think a short album like that should be at least 75% ridciolously dope - lke the be best songs on "The Best Part" or "All Of The Above" . Oh Well, J-Live is always the fucking man!

Posted by lost.tapes.claaa7@gmail.com at 2:16 AM