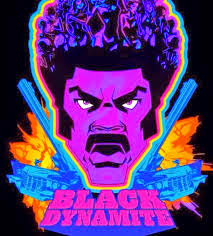 Distributed by Pharoahe Monch's "W.A.R." media publishing imprint, "A Tribute to Black Dynamite" is a geat tribute mixtape/album in the honor of the great blaxploatation '70s style comedy (from 2005) "Black Dynamite". If you haven't seen the movie yet, DO SO, because it's absolutely hilarious and features an incredible soundtrack by Adrian Younge and his Venice Dawn album straight through. A while back the interesting East Coast prodducer Fatin "10" Horton decided to give his own take on a fcitional soundtrack to the film and the series, and the result is some funky-ass hip-hop tracks that should have you keep your head nodding fo-sho-sho. Features include Big Remo, Rapsody, Mela Machinko, Skyzoo, Jean Grae, CQ, Torae, and more, and most importantly a new Pharoahe Monch  joint produced by Fatin for the proejct (for those of you who don't know Fatin

Horton has produced some of his finest album tracks the last couple of years). Check it out for free below!

Posted by lost.tapes.claaa7@gmail.com at 3:46 PM