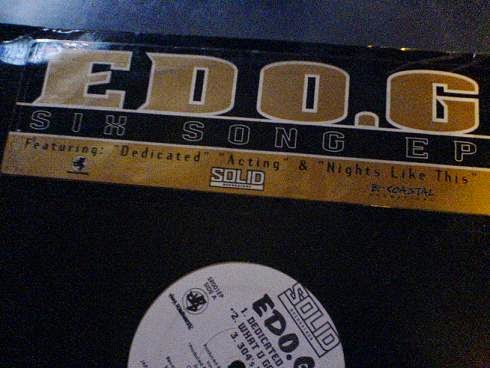 Having released classic albums and 12":s with his Da Bulldogs crew as far back as 1991, Boston emcee Edo G has truly proved time and time again that constant elevation and logevity can go hand in hand. This year he released one of the finest albums of 2014 so far, the short but straight to the point "After All These Years" which is unfortunately still ridiciously slept-on in many circles. For this post I want to bring back one of Edo's more unknown records, a Japan only EP that forms a bridge between his early 2000s solo catalouge and his early work as part of Ed O.G. & Da Bulldogs. Most comonly refered as the "Dedication" EP, this piece of vinyl shows brilliant lyricismms delivered in Edo's unmistakable monotonous but heartfelt flow over a thumping but dark, and sometimes laid-back beats of the boom bap aesthetic - completely supplied by The Vinyl Reanimators (Joe Mansfield and Sean C on the production; DJ Shame and DJ Nestle Quick on the turntables). Released in 1996 on the small Japanese label Solid Records, it is sometimes known as "The Six Song EP" and are available in a few different versions - one with six tracks, and one that also includes two additional tracks towards the end. The latter one is the one I want to share with you here.

There's not a single weak or half-mediocre song on here, whether we're focusing on production or lyrical performance, and without no guests both Edo G and Vinyl Reanimators really gets to shine together as their chemistry is unmistakable. I'm a big fan of the EP format, as I'd rather take a near perfect six or seven songs outing than a fifteen track album where four of the songs straihgt up suck. And this is about as good an EP as they come - it's all here; that headnodding '90s boom bap esthetic where samples were always crisp, drums were pounding you in the head and artists put a lot of effort into their lyrics to really mean something. If you haven't heard this gem before do yourself a favor and download it ASAP, press play, sit back, TURN IT UP and let your head start nodding. And don't forget to cop Edo G's "After All These Years" as it's definitely an album worth to have in the collection. 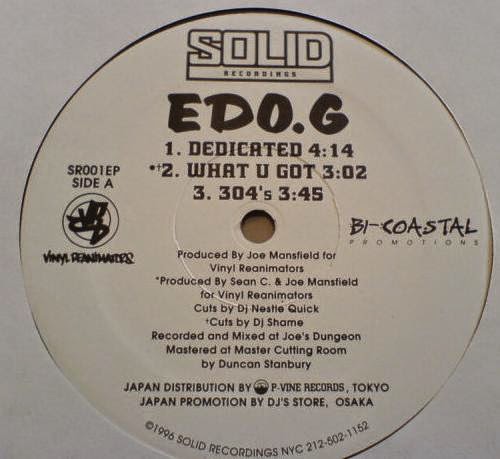