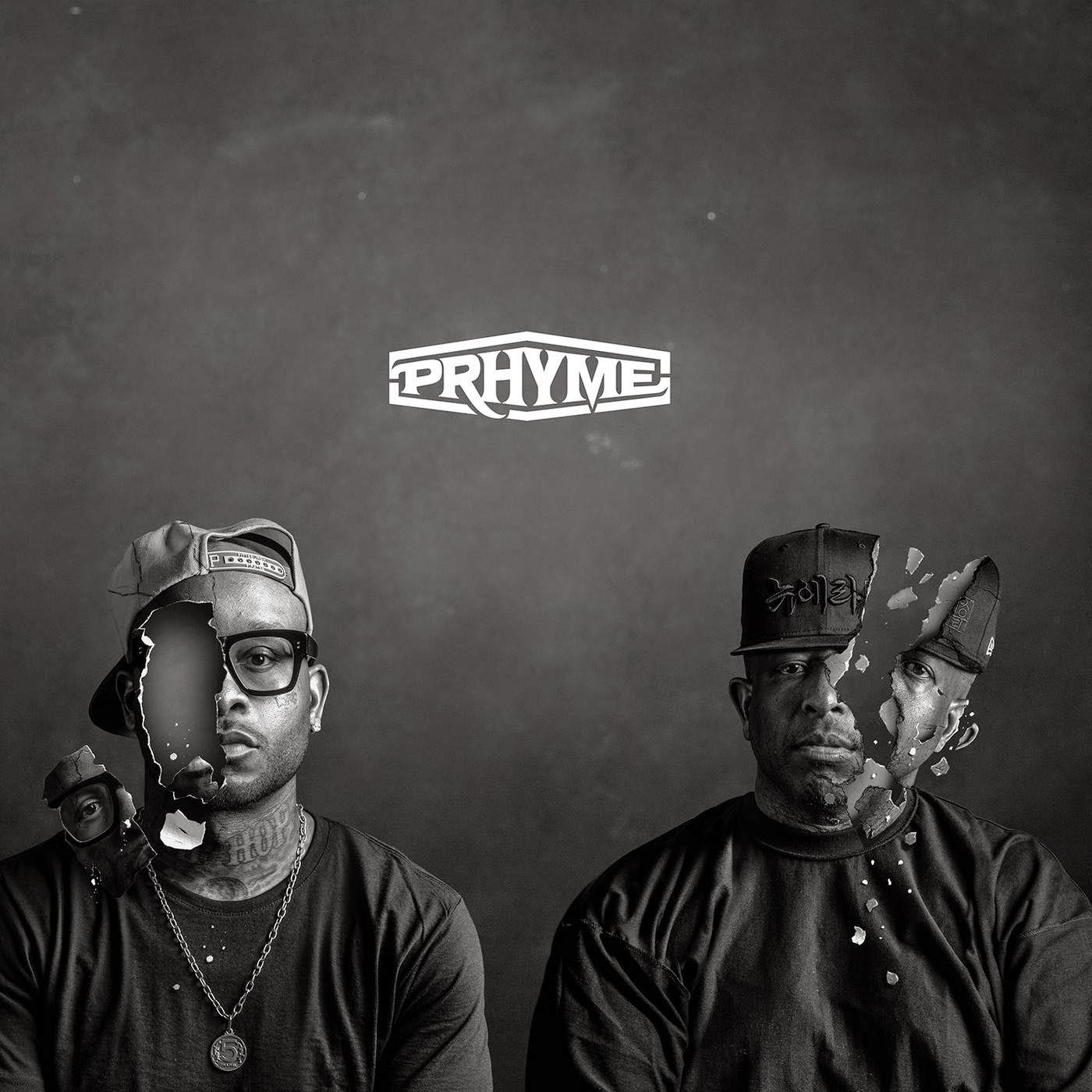 Not too long ago hip-hop fans all over the world were treated to an amazing little promo spot for an upcoming project featuring DJ Premier, Royce Da 5'9" and in some capacity Adrian Younge, that literally popped out of nowhere. While many announced proejcts from Preemo's camp never materializes, some do rather quickly ("Tha Blaqprint", "Welcome 2 G-Dom", the YRR comp, and "Kolexxxion" comes to mind) and there's now no doubt that the duo known as PRHYME's collaboration album is definitely happening. The self-titled album features 9 songs, will be released independently, are entirely performed by Rocye Da 5'9" (with guests like Common, Jay Electronica, Killer Mike, Schoolboy Q, Slaughterhouse, and more) and produced by DJ Premier using nothing but samples from Adrian Younge's small but powerful catalouge - making it a concept album of sort. The tracklist, artwork and the first official single "Cortessy" plus the "PRhyme" intro which is provided through radio rips from the Sway in the Morning Show yesterday via the always excellent DJPremierBlog. The album is set to be released on December 9, the only downside being that as for now it seems to be a digital only release. Oh well, can't win them all because this will no doubt be SERIOUS! Pre-order @ iTunes now!

Posted by lost.tapes.claaa7@gmail.com at 9:06 AM