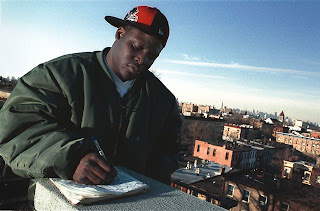 The hardest working Wu-Tang Killa Bee and Sunz Of Man member, Killah Priest, has dropped so many albums, mixtapes and collaborative proejcts that it became real hard to keep count on his work. If you ask me, Priest is one of the deadliest men in the world with a microphone; but as ambitious as his verses almost always are, his choices in beats plus the flooding of the industry with material has hurt his career more than it helped.
When he has taken his time with a project in the past to really give them several years of his life, making sure he delivered the best project possible, classics are created. This was proven to me, and many others, with the extraordinary debut "Heavy Mental", one of the most out-there albums of all time, and 2006s "The Offering" which was equally impressive. Therefore its a great thing that Priest's been M.I.A. for a while now working on his double album which is to be titled "The Psychic World Of Walter Reed" and is likely to end up as a double disc (and hopefully a vinyl release). No tracklist has been released yet, but production is slated to come from heavyhitters such as 4th Disciple, The RZA, True Master and Godz Wrath; in other words, reliable people who proved compatible with KP before. The Wu features are likely to be remotely high as GZA, Cappadonna, Raekwon and Ghostface will definitely be on there and we should expect at least one HRSMN joint (that's Priest's group with Kurupt, Ras Kass and Canibus for those who's not initiated).
I usually don't fuck with snippets but when AllahSun dropped these two "snippet reels" via the official Killah Priest forum I had to take a listen and I can assure you that this will be the seasoned vet's best LP since "The Offering". Check them out below, the first features a load of short clips which reveals some dope features while the other represents the Godz Wrath productions. Peace to the Wu Corp fam and the Killah Priest forums!
"PSYCHIC WORLD OF WALTER REED" - SNIPPETS REEL #1
"PSYCHIC WORLD OF WALTER REED" - SNIPPETS REEL #2
Posted by lost.tapes.claaa7@gmail.com at 11:56 PM