Neek & Extra-P / "Prelude to the Hustle" 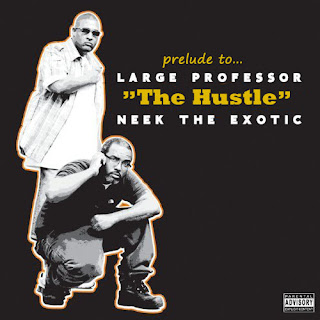 As today ends the countdown to the official release of Neek The Exotic & Large Professor's new album, "Still On The Hustle", I put together a little something to remind y'all what a seriously ill ocassion this is. Despite never having appeared on one of Extra P's solo albums, the two have been affilliated with eachother for a long time with Neek first rapping with Pro on the "Fakin' the Funk" remix with Main Source from 1992. Since then Neek has released several dope 12" singles and EPs, never without featuring production from The Guy With The Glasses, some of which were collected on 2003s album/compilation "Exotic's Raw". That release has since gone out of print so I think it's only fair to share all the Large Pro produced Neek The Exotic cuts that lead up to today's album release. Hopefully it can inspire a few to go out and support the official product, which you can do via UGHH or Fat Beats to name a few spots.

* All songs produced by The Large Professor

NEEK THE EXOTIC - "PRELUDE TO THE HUSTLE"
Posted by lost.tapes.claaa7@gmail.com at 6:05 AM