The return of Blaq Poet 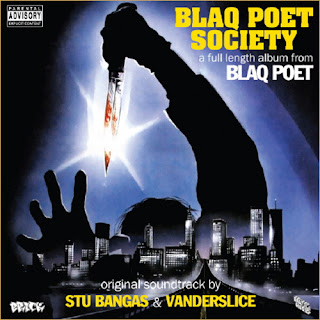 You gotta respect QB's Blaq Poet, being that he's a true underground veteran who participated in several heavy projects between 1986 and 2011; and the beast from Screwball is still hungry! Back in 2009 he was still signed with DJ Premier under Year Round Records and released "Tha Blaqprint" which proved Poet and Preem to be as deadly a combination as any in hip hop and were thereby able to deliver one of the best albums of the year. Despite leaving YRR the man keeps grinding, gathering up 13 original new tracks with production from "newcomers" Stu Bangas and Vanderslice. It's great to see vets like Poet and AG giving the younger generation of beatmakers a chance; much respect. Two promotional singles have been released for "Blaq Poet Society", just click the highlighted links in the tracklisting below to download. The album is scheduled to drop on June 21.