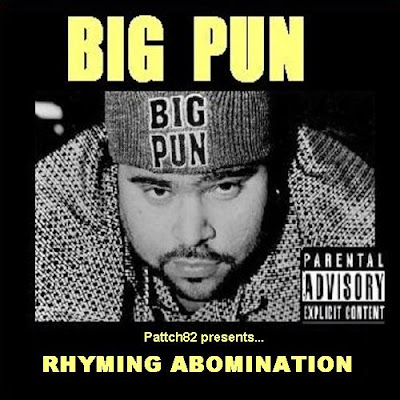 When Cristopher Rios, better known to the world as Big Pun(isher), tragically left the physical world twelve years ago he left behind him three children and a musical legacy that will never be tarnished. With his classic first single and album "You Ain't A Killer" and "Capital Punishment", respectively, people raved about how Pun was the illest latin rapper to ever break through. But that is simply to downplay Pun and his skills; he wasn't just the greatest latino rapper, he was one of the absolute greatest emcees to ever walk the earth - period.

Rios had honed his rhyming talents throughout his ruff ubringing in The Bronx, beginning to write down verses in the '80s. Together with a gang of friends who also had found a passion in the hip-hop culture, the Full-A-Clips crew was formed including Pun (then known as Big Moon Dawg), Cuban Link, Triple Seis and Prospect. They did record some studio music and even back then it was evident that Pun was something out of the ordinary. Sadly most of the music is impossible to find today, "I don't know where most of it is, but we did a lot of songs. There are a couple of verses out there people probably never heard. We just got to wait for the right timing, 'cause everything is timing" said Triple Seis on the subject.

It was however first when Pun met Fat Joe around the time of the latters '93 debut, "Represent", that things really started to move in the right direction. Fat Joe invited Pun to the sessions for his sophomore effort, "Jealous One's Envy" where he rhymed on the two songs "Watch Out" and "Firewater", the latter saved for the B-side to the "Envy" single. Not long after he guest starred on The Beatnuts' smash hit "Off the Books" and released his first solo song "You Ain't A Killer" on the soundtrack to "Soul in the Hole". The world was now aware of the vicious super talented rhyme punisher and when his classic "Capital Punishment" dropped a year later it quickly went platinum - and rightfully so considering that it to this day remains one of the true masterpieces of true school hip-hop, especially from a straight up lyrics perspective. Pun's name was now HOT to say the least, and multiple big names tapped him for guest verses while he also worked with Fat Joe and their Terror Squad crew (which was basically Full-A-Clips renamed and with Joe and Armageddon added to the mix). Fat Joe and Big Pun was an extremely fierce duo as their track record clearly show, so in case you missed it also make sure to also check out "The Shit Was Real", a Lost Tapes compilation of classic Fat Joe material recorded between '92 and '96.

The Punisher lived like a true playboy; fast cars, fast living, fast food, chilling out with his friends and recording plenty of hot music while trying to keep his family life together. Right after he had completed his second, more commercial soudning, sophomore LP "Yeeeah Baby" he sadly passed away due to health complications on February 7, 2000, only 28 years old. He will never be forgotten and his solo albums, the Terror Squad joint, the "Endangered Species" compilation and countless non album tracks will make sure of that. My homie Pattch82 (who worked with me on the Gangrene series and the Call O'Da Wild album) put together his own compilation celebrating Big Punisher's immaculate legacy and with his permission I am allowed to use my alternative take on that comp for The Lost Tapes. The sequencing and choice of songs are 80% Pattch82 so all props to him; I replaced a few songs that I felt was essential to Pun's catalouge, replaced the same songs with versions in higher bitrate and added my own cover art. You can check out Pattch82's version of "Rhyming Abomination" here where he also give a nice rundown of the tracks he chose, where they come from and why he wanted to include them. Ok, so here goes the third collaboration between  The Lost Tapes and Pattch82 so ENJOY! 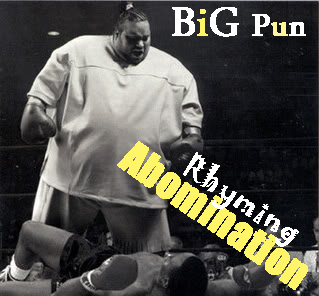 
BIG PUN - "RHYMING ABOMINATION"
Posted by lost.tapes.claaa7@gmail.com at 7:12 AM