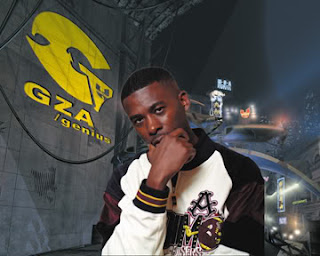 It's been a while since  I blessed my readers with the pinnacle of this blog, The Lost Tapes' infamous (haha) super compilations. If you've been following this blog since the beginning or if you just follow it occassionally, you should be very aware that my two favorite crews in this game still to this day remains Wu-Tang Clan and the D.I.T.C. family. Growing up and hearing "36 Chambers" for the first time it straight up blew me away; made me a hip-hop fanatic and I've been a fan of the culture ever since. Over the years, there's been plenty of uninspired projects from the Wu camp as a whole, but almost each disc has at least a couple of incredible joints that in a small way almost make up for it. The GZA/Genius is a different case all together however if you ask me, He was of course around even before the Wu-Tang Clan, recording his 1991 debut album when getting signed to the, then iincredible Cold Chillin' Records that handled a lot of classic Juice Crew albums. It's far from his best album by no means, but it's nontheless essential listening for any serious Wu head and collector. His style was not just fully evolved here but despite this, the LP carried a lot of dope storytelling rhymes, clever metaphors and vintage sounding late '80s, early '90s golden era sound provided by some of the earliest productions ever released by legendary cousins Easy Mo Bee and The L.G. Experiment,. Although their work here here was hardly as essential as the respective beatmakers later works, it was a learning experience for all of three of them. While it's not the best album GZA ever recoded by far, in fact its arguably his weakest, that certainly doesn't mean it's by no means wack. In other words, if you're a fan of GZA, Mo Bee or L.G. and you still haven't heard this YOU BETTER WAKE THE FUCK UP!

After being dropped from Cold Chillin' after the album and and out-of-place single more or less flopped, the Brooklyn born and raised emcee recouped with his two cousins in their original All in Together Now crew (with cousins Prince Rakeem / RZA and Ason Unique; / ODB). It didn't take long before they decided to form the Wu-Tang Clan together with a bunch of talented emcees from around the way, formed like voltron ("and the GZA happens to be the head") and took over the game completely within a few years. Then when  The Genius' dropped his debut "Liquid Swords" in the autumn of 1995, you could hardly debate that the brilliant rapper had finally made his name justice while becoming one of the most interesting and clever rap artists of our time. This was much due to the impeccable combination of GZA's  mindblowing lyrical exercises filled with cinematic crime stories, well-thought out metaphors and similies and RZA's sinister and dark, yet heavily boom bap influenced production. The chemistry the two cousins displayed throughout the disc is what makes the album still live on as one of the true classics 17 years after its original release. The disc is a must known in any serious hip-hop collectors library (and I'm not talking about your media library) so if you still don't own this.... SHAME ON YOU! 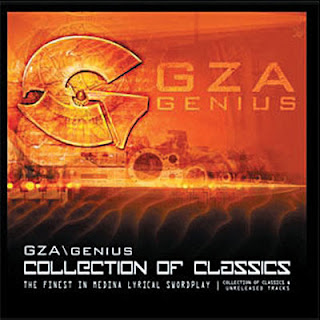 "Beneath the Surface" and later the DJ Muggs collaboration "Grandmasters" was released between 1999 and 2004 as well as (to a lesser extent) 2002's "Legend Of the Liquid Sword" are somewhat underrated but taken on their own merits they are all damn good album that showcases one of the best lyricists hip-hop has ever wittnessed. His latest offering "Pro Tools" had many great moments ("Alphabets", "Pencils", "Groundbreaking", "Firehouse" and "Columbian Ties") but as an album it sounded rushed and caught a lot of flack. But I am very confident in GZA's next album ("Dark Matter") will be straight back-to-basics; in other words a winner that will shut up any hater. It takes more than one weak album from such an amazing emcee to make me lose my faith in him because that's nothing short of crazy. Oh well, just a quick run down  of GZA and what he's about although you should of course already know this. But whatever, The Lost Tapes doesn't simply want to bring music to the forefront because I'm a writer as well.

But now let's get over to the main event - a slamming compilation of GZA's non-album tracks and features featuring, what I think came off as a good mix of classic GZA cameos and hard to find shit recorded between 1991 (one of the songs, a demo with ODB), then a jump from 1995 and up to 2009 and all in good sound quality so trust me when I say that this is something any GZA/Wu-Tang fan would not like to miss.

Featured here are rare stuff like an amazing alternative version of the Bink produced "Animal Planet" from "Legend of...", the difference is that rather than the brilliant Isaac Hayes sample, Bink has brought in a group of live musicians to reproduce it and the result is suprisingly stunning. Many thanks to the homie Brandon @ Crates of JR whcih is a blog I strongly recommend you checking out now and then. Other standout joints here are some of the true classics that I bumped the shit out of when they first dropped, like the DJ Tomekk track with GZA and P. Sunn, "Ich Leve Fur Hip-Hop"; the RZA produced "Jewelz" from Cilvaringz album; "Associated" by Wisemen, the two classic Soul Assassins track and some other. Then there's the more obscure joints like two tracks featuring Priest and GZA that was recorded for acid jazz artist Rodney Kendrick's rare album "No Dress Code" in 1998 but didn't see a release until 2000, the brilliant "Chasing Dreams", only released on a very limited sampler called "NFL Jams '98" (which has nothing to do with the original 1996 album), Folk & Stress' banging Bronze Nazareth produced "New York Ginseng" and lots of other gems including two incredible rare remixes by established artists. As an enorme GZA fanatic I think this comp came out extremely nice and I bet you'll feel the same way if you're a long-time fan of the man and his music. Aight, enough with the talk, lets get down to business and feel free to drop a comment after you listened through it and let me know what you think about it. TURN IT UP!! 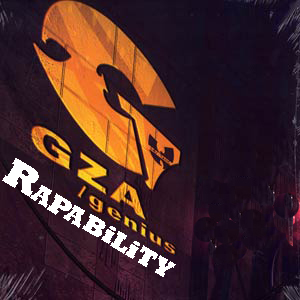