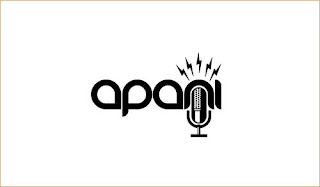 Apani B. Fly Emcee, as her original name was, has reallt been out of sight out of mind the last few years. I was first introduced to this skilled female through his classic work Pharoahe Monchs's "Internal Affairs, Black Star's "Mos Def & and Talib Kweli..."and Smut Peddler's "Porn Again". In 2003, Apani dropped her debut albm, "Story 2 Tell", featuring production work from the likes of Da Beatminerz, DJ Spinna and Mr. Dibbs and many others. Since then it been rather quiet, but now it looks like things are starting to move again, as her latest single is titled "Hey" and is another one in the long list of posthumous Jay Dee productions.

Posted by lost.tapes.claaa7@gmail.com at 6:17 AM