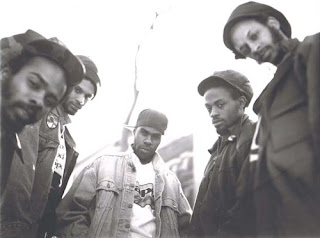 Any self-respecting hip-hop fan are well aware of INI's ill-fated Pete Rock produced masterpiece that was supposed to be released in 1996 on Soul Brother Recordings. I even covered this album in my Shelved Classics section, where you can read more extensively about the project and the group. As I also mentioned there, when speaking to Robbie over @ Unkut, Pete Rock spoke on how there's never been a proper release or bootleg of the album ever released. The unauthorized BBE release from the 2000's featured slightly different mixes of many songs and totally missed out on Pete's trademark insstrumental interludes. Probably the closest thing to the real deal was released on a white label in '96/'97, likely by Pete or someone involved in the original sessions, as the original instrumentals was released by the same white label vinylists at the same time. This featured more of the interludes, the otherwise unreleased "Keep On", a totally different sequence from the BBE release, but instead three other songs were M.I.A. So it seems Pete's quote from that Unkut interview above seem pretty right on spot, don't you think?

Well, maybe not, and this is where it gets really interesting. My man ANT and I've been discussing the album for a long time, and he have the aforementioned white label release but assured me there were yet ANOTHER version, and that he actually was in posesssion of a rip of this. Thanks to this great digger, I finally got my digital hands on this a few days ago, and been pretty much banging it non stop. Ant originally got this rip from a blogger who run a site called My iPod Weighs A Ton, which is now long gone (although much of the original posts are still intact), but this is to my knowledge the first time the entire album is available in full anywhere on the net. It is a vinyl rip but I'm pretty sure this is not something that has ever been released in stores or in usual bootleg spots. Mine and Ant's take on it, is that the aforementioned blog guy or whoever gave it to him, was someone very close to the group; and that this is the original vinyl test press that was given to  group members, the producer, engineer Jamie Staub, label owner, and probably a very few selected others.

This theory gets more credible when you read the original blog post, which features much information that at least I have not heard elsewhere; and I've researched this album quite heavily to say the least; The album was originally not even titled "Center Of Attention", but "Who's Gonna Rock The Spot?"; and Heavy D was the one that convinced Pete to sign INI to the latter's Soul Brother Recordings imprint. Despite the "Fakin' Jax" single being something of a success, and featuring the classic "Props" which Funkmaster Flex played daily for months, label head Sylvia Rhone were unhappy with the finished projects and the heavy price tag of the Greene Street Recording Studies. The quartet eventually broke up as Rob-O and Grap Luva, who were the main voices of INI, wanted to use the name for themeselves. At the same time, Sylvia Rhone, clearly not one that should've been involved in hip-hop promotion at all, shelved the album along with projects from Deda/Pete Rock, Juggaknots, Omniscience, Supernatural and many others.

The album is ripped in 160 kbps, but it's souning good enough for certain, especially consiering the chance to finally hear the full original album as it was intended to be heard! It's also not split up into separate tracks, just two tracks (Side A and Side B), but this is an album you listen to front-to-back either way so who gives a fuck. More people should rip stuff like that to force these ADD kids with the finger always close to the skip button to actually LISTEN and appreciate the arts of albums like we did, and sill do. But I'm getting carried away from the topic; the sequencing is the same as the white label, and has the same slightly different mixes of many songs as opposed to the BBE release; but it also has "Mind Over Matter", "Props", "Kross Roads" and "Keep On". In addition to that, it has all the instrumental interludes; and the chopped up spoken word interlude that's chopped up to form the intro/interlude/outro. Last but not least, it's filled with short skits featuring Mekolicious and Pete Red freestyling popping up every now and then. Massive thanks to INI, Pete Rock, Jamie Staub, Ant, the original uploadeder (Reinvention) for creating one of the best hip-hop albums of 1996, and finally giving us a chance to hear it, respectively. Total running time is about 65 minutes; the only song missing from the BBE release is "No More Words". Enjoy!

EDIT: Some people had some problem with the link, so I fixed it and uploaded it to MediaFire. should work like a charm now. 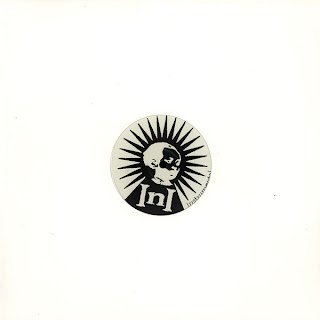 INI - "CENTER OF ATTENTION" [RARE TEST PRESS]
Posted by lost.tapes.claaa7@gmail.com at 6:47 AM