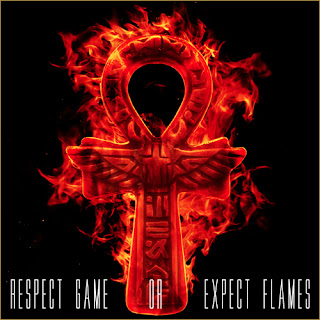 One of the founding members of Hieroglyphics is nothing short of a lyrical monster, yet many of his latest albums has ended up being dissapointments in the beat section. The Nature Sounds August 28 release, "Respect Game Or Expect Flames", will hopefully not fall into that category as the Oakland native has enlisted Ohio beat maestro J. Rawls to completey handle all production on the disc. J. Rawl's has produced such jazzy classics as Black Star's "Brown Skin Lady", "The Gibbous" by Makeeba Mooncycle, "We Bouncin'" by Makeeba Mooncycle, a whole bunch of joints for Lone Catalysts and many more.

In other words this this will most definitely be a new sound for both parties involved (J. Rawls said he had gone for a new style for this project), and I for one am eager to hear the final result. I wasn't blow away by the first single,, but looking at the tracklist and the involved names this looks like an interesting LP to say the least. Thoughts?

Posted by lost.tapes.claaa7@gmail.com at 5:42 AM