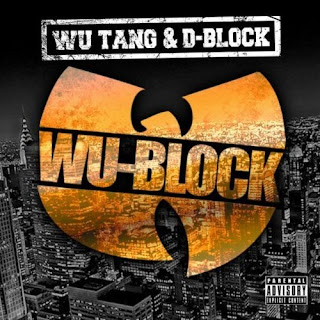 Dennis Coles, the masked assassin broke through on the sccene in 1993. Now, 21 years later and some ten albums later, he stil remains one of the most interesting emcees hip-hop has to offer. He's an amazing story teller, got one of the most unique voices in the game, created his own slang lexicon and knows how to create a real live drama with only 16 bars, no problem; we must never forget that Ghostface music is 100% based in the streets in whatever he does, more than the majority of his Wu brothers GFK represent the streets.

Another group that's the epitome of New York street music are D-Block, originally knwn as The LOX, and out of its members, maybe the most hardcore motherfucker of them all is Sheek Louch. Therefore, the news that Ghost and Sheek were working on a full length album together seemed as natural as Bruce Lee's fighting style. Consdiering that both artists are currently signed to Def Jam, and the leaks have been coming on a regular basis I hink it's safe to safe that the "Wu-Block" album will actually see the light of the day, and probably sooner than we think!

To prove that point, D-Block and Wu-Tang has put together the official mixtape of the same title as the forthcoming album; "Wu-Block". The 11 track tape features all prevuous leaks from the LP; "The Heist" from the Rae/Ghost/Meth album; "Ready 4 War" is actually the original Styles P assisted version of 2006's "Tony Sigel"; "The Outsiderz" is an old D-Block joint. In other words, there's not many exclusives here but it's a great listen and works as a cool prequel to the official album that finally drops in late August. Thanks to HAQ and Hollow Dartz for link and information. Enjoy y'all!