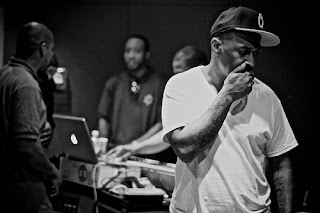 As per request, here's is an imo slamming compilation, highlighting some of the absolute best work of the 2000-2001 Roc-A-Bloc producer extraordinare. Despite having heard many good productions from the man, it was with Jay-Z's classic "The Blueprint" that I really started to take noitce. KanYe West and Just Blaze gets all the props for the sound of that album, but everyone who likes to read credits are well aware that the LP:s three main producers also included Bink! Dogg; in fact, both he and Just Blaze had three beats each, and KanYe had four. Still he rarely gets mentioned in those discussion which is a true shame. He produced maybe my favorite joint on the entire LP; the closing masterpiece, "Blueprint (Momma Loves Me)" as well as the breathtaking opener "The Ruler's Back" and finally the soulful banger "All I Need".

After moving on to hip-hop after grinding his teeth on R&B records for the likes of Blackstreet and 702, he started to make moves on the hip-hop scene in the late '90s; producing a good chunk of The Lost Boyz' sophomore release, A+'s second LP (both with outstanding early Canibus verses), Krumb Snatcha, U-God, and Kurupt. All mentioned represented on the compilation you hear below.

Similiar to his fellow Roc-A-Bloc producers he worked with on "The Dynasty" and the aforementioned "The Blueprint", he often deals in very soulful samples, a lot of chops in his sample programming, a great nack for creating the right song for any artist he's working with,, and maybe the trademark most important; the constant use of heavy percussion to emphazise the basic rhythm track. For those reason, it's often easy to spot a Bink! production; not least because his beats are often rooted in African and even latin musical styles. He got a lot of familiar tricks up his sleeve, but also enough to make him stand out as a truly interesting, and with recent high-profile placement's like Kanye's "Devil in a New Dress" he's still as relevant as ever.'

As us usual, full songs, nothing but CDQ rips, and an hour of some of Bink!'s finest beats spanning over a decade.. There's not much more to to say but enjoy, TURN IT UP, and of course this goes to the big homie Mal!! 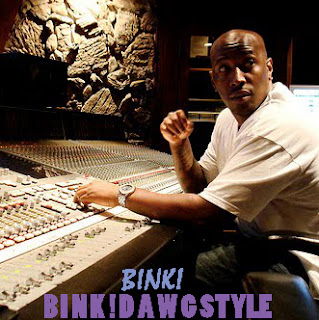