A few days ago, AG asked his Facebook friends and fans to reflect over what we think it is that make him such a great emcee who truly have managed to stand the test of time. My answer immediately came to me - "HEART and SOUL"; two important, but somewhat rare qualities, which I always felt separated rhyme legends like AG and GURU from the vast majority of emcees out there. Not, that there's not plenty of great rappers' in the game that possess both of these qualities to varying extent, but there's something about the two aforementioned masters whose voices and words truly get to you, who are with mere rhymes inviting you into their hearts, personalities and soul. Making their words come across as they are talking directly to the listener in just about every verse; part of it is the voice, part of it the knowledgeable and relatable lyrics, and another part is the cadence and calm deliveries. A's been one of my favorites for quite some time now, yet The Lost Tapes, who partly specializes in compilations of non-album tracks, have yet to present a mix of Anre The Giant. So here, it finally is, and what better title could I give it than just "Heart & Soul"?

Whether AG is working with Showbiz, Ray West, his D.I.T.C. brethren, or on his two first solo albums which featured production from a host of talented beatsmiths, his music is always interesting and very often touching; for example, the "Live Hard" EP remains some of the best writing I've heard on a hip-hop record in many years. If you don't got the physical copies of these many amazing records in your personal collections, it's high time you head over to UGHH, Fat Beats, HipHopVinyl, or Amazon and spend some dough. In usual order, this 19 track compilation does not feature any music found on any of the artist's retail albums, but will still work as a great introduction to AG's style and his music if you're not yet initiated, so download, press play, TURN IT UP! and enjoy... Although the tracklist below states that a lot of songs are guest apperances by AG, which of course is true, many of the tracks are pretty much solo joints as AG's rhyming over bom bap bangers lifted from albums by the likes of DJ Babu, Soul Supreme, and DJ Greyboy. I tried to stay clear of Showbiz productions on here, but included one very rare, unreleased joint with Show, A, and OC that was recorded a few years ago and only played once on DJ Premier's Live From HQ's show. Enough said, D.I.T.C. is definitely in the house! 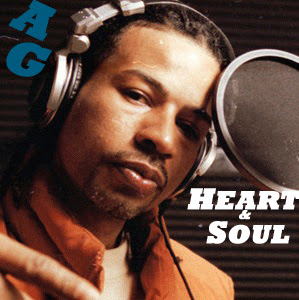