If you've been following The Lost Tapes for some time now, you're well aware that I consider DJ Spinna one of the top 10, if not top 5,  hip-hop producers of all time; not least because his eclectic sound and his professional dabbling in a large amount of differet genres. Spinna's first hip-hop group was the Brooklyn based emcee/producer duo known as The Jigmastas alongside rhyme spitter Kriminul, who also acts as an executive producer on many of Spinna's Beyonnd Real releases. Since their first released track "Execution" on an underground hip-hop compilation called "Bomb Hip Hop", back in 1994, the duo continued to made their presence known by steadily releasing singles, exclusive B-sides and compilation apperances as well as the occassional guest cameo; all quality material. It wouldn't however be until 2000s "Grass Roots EP" that the world got a chance to really hear the duo as a group to be counted with. The material spoke for itself and it was easy to see how this power duo had come to stay, and had a special knack for crafting bass-heavy, melodious, well crafted and cleverly written hip-hop music. This became even more evident the following year, when the duo released their official album "Infectious" which came out in the summer of 2001. Discussing sale it wasn't what you would call a succesful album but when talking quality material, it was a very succesful project and one of the year's very best; expanding on the sound of the preceeding EP. "Infecrious" was a front-to-back burner that rewarded multiple listens and needs to be heard and appreciated by any pure hip-hop fan around! 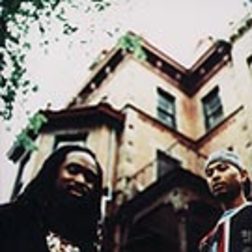 I'm not sure what's the status of Jigmastas as a group are today; since the early mid-00s they've been very quiet, as a Group and I have barelt seen Spinna talk about their relationsho interviews but Krim appeared on "New York (Duck For Cover)" on Spinna's "Sonic Smash" in 2009, a very welcome reuionion. With the large amount of material these guys have put out beside their two albums, I thought it was high time to put together one of my trademark compilations for y'all, Lost Tapes stylee! Most of the rips sound pretty much fine and in tune with eachother, but there's a couple of exceptions that doesn't sound very good but clearly nothing that isn't listenable however. In the end the 20 tracks found here works a great compaion piece to The JIG's  two retail albums, and it's great to hear the chemistry between Krim's spitting and Spinna's beats which brings back a lot of memories. Their official albums is of course more-or-less an incredible album in its own right and need to be heard by fans ASAP.

Excluding some of the duo's guest apperandces (mainly Cooly's Hot Box, Double Edge), this banging comp features pretty much all of the B-sides, soundtrack cuts, official compilation material and such that the Jigmastas has released in an official capacity.As such is work as a fantastic companion piece to both The JIG's retail stuff, as well as a great entry in the superior DJ Spinna canon. Two of these songs have previously appeared on solo albums by Spinna - "You Got to Live" was a stand-out track on the producer's criminally underrated solo album "Here to There", also featuring Mr. Akil on guest vocals. The second track I wasn't at first sure to include at all, being that it wasn't recorded until 2008-2009, several years after the last Jigmastas collaboration. In the end,  "New York (Duck For Cover)" was decided to have as the final song on this compilation, which works on several planes - from a strictly musical standpoint, it's a great album closer, but even more than that it brings in a slightly new sound which makes the previous 19 tracks a transition into this final bonus cut as it's the first track we have got of what could lead to more Jigmastass' material.

There's plenty of dope material here, and clockinng it at almost exactly 80 minutes it truly plays out like a fantastic compantion piece to Krim and Spinna's two albums together. Following my two relatively recent DJ Spinna production compilations, this makes for another one not to be slept on and shou,d be played loud in your headphones or speakers, .Really not that much more to be said Before we get into the Music, except that if you're still not up on DJ Spinna you really need to pick up his solo  albums "Heavy Beats Vol.1", "Here to There" and "Sonic Smash", the two Jigmastas joints mentioned above, and most definitely the two Polyrhtyhm Addicts Projects... And that's just to name a few! But in the meantime, now let Kriminul and DJ Spinna take you on a journey through eighty minutes of neck-breaking excellencne and Sharp rhymes. Ladies and gents, let the boom bap begin! 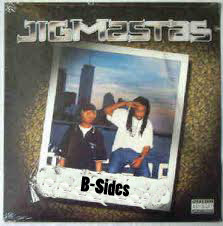