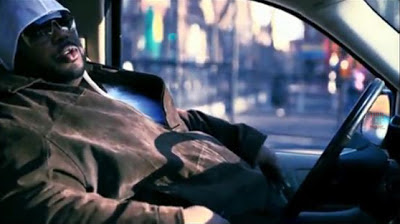 Sauce Money was a true beast on the microphone on Jigga's early records, barely breathing between bars on records like "Bring It On", "Face Off" and the remix for "Dead Or Alive". Despite a pretty dope album in 2000 called "Middle Finger U" that didn't make much noise neither on the charts or amongst the dedicated heads. However, the LP had banging joints from Marley Marl ("What The Fuck Was That") and DJ Premier ("Against The Grain"), proving that with the right production Sauce had a great album within him screaming to get out. Let's hope that a new album is in the works that will be just that. A new single that just leaked, "Just Nice", sound very promising with a hungry Sauce going IN over an agressive Team Demo beat, with none other than the legend himself, DJ Premier, taking on the turntables and crossfader. NICE!

Posted by lost.tapes.claaa7@gmail.com at 2:00 PM