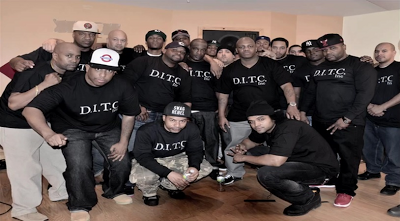 Earlier today the news that up-and-coming D.I.T.C. affilliate Tashane sadly has passed away at a way too early age. In rememberance of his skill and ambition, the D.I.T.C. Ent. crew just released this relatively new song from the gang called "Come & Get Me". Featured on the track are pretty much the same guys who spat on that recent video freestyle cypher; Tashane, A-Bless, Majestic Gauge and AG. I wouldn't be suprised if we'll at least get an EP of material from these guys in a soon future, this is DOPE. Produced by Showbiz and mixed by DJ Premier.... R.I.P. Tashane!
Posted by lost.tapes.claaa7@gmail.com at 7:03 PM