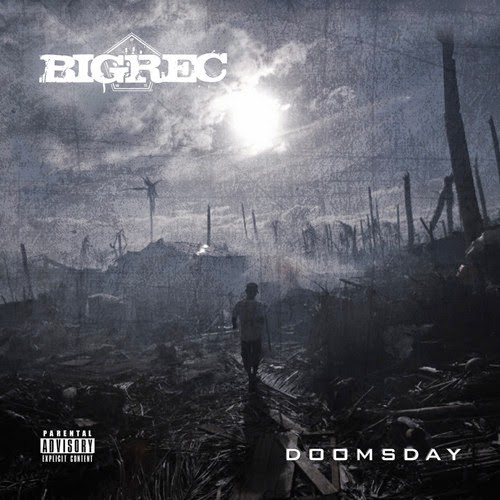 an extreme D.I.T.C. fan I have little doubt in saying that for me the two most anticipated albums of 2014 for me has been Buckwild/Meyhem's "Silk Pyramids" and Diamond D's collaboration with Southern emcee BIGREC, "DoomsDay". As both LP:s been out for a few days by now, I'm super excited to be able to say that they both live up to my very high expectations, no question. For a whole lot of years Diamond D's had a given spot in my list of top 5 producers, and though he had a period where much of his work seemed to come from a place of beatmaking autopilot (e.g. much of "Grown Man Talk", "The Diamond Mine"), the last few years have seen him returning with a venegance and his collaboration with BIGREC might be the finest testament of this in quite some time. Most likely it is the meeting with the young, hungry and super talented BIGREC that's sparked the legendary Kirkland's inspiration. The chemistry here is evident as they both bring the best out of each other and seamlessly blends flavors of their respective hip-hop backgrounds, creating something unique and original that's neither South, East, old school or new school but pure ass HIP HOP.

As of now, "DoomsDay" has only been made available as a digital release as of yet, but word from BIGREC is that at least a limited run of CD:s are planned. I will definitely cop one if and when a physical release drops, until then you can check out the entire 13 track album as a free stream via RHHIB (spotted @ the homie Brandon's CrateOfJr.). Support real music and cop via iTunes. TURN IT THE FUCK UP!!!