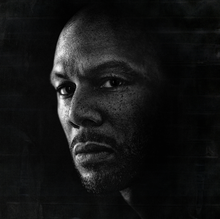 Common and his long-time producer No I.D. has revealed the tracklist, artwork and release date for their latest long player, entitled "Nobody Smiling". To be released on July 22 as a joint venture between Def Jam and ARTium Records the record sports a black-and-white photo of Common, contrasting the cheerful high-colour photo seen on "Be". Made up of only ten songs (with an additional three attached to the Deluxe Edition) the album is entirely produced by No I.D. and includes collaborations with Vince Staples, Big Sean, Cocaine 80s, Jhéne Aiko and a few others. Not included on the final tracklist are the previously released singles "Made in Black America" and "War"; however the hard hitting "Kingdom" is thankfully still apperaing.

EDIT - Be sure to check out the just released single "Speak My Piece", embeded at the bottom of this post.

Posted by lost.tapes.claaa7@gmail.com at 2:29 PM