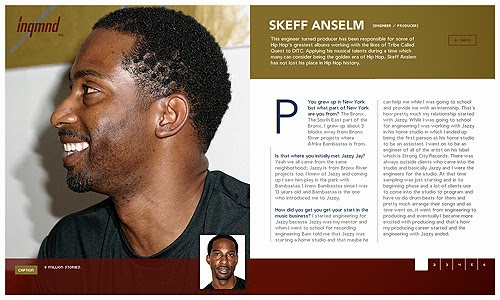 My homie Mal Moe a.k.a. M-Credible came to me with a great idea of me doing a compilation of Skeff Anselm's material, and though he's definitely very dope I knew much of his material was hard to come by but I also know that Mal has been helping me out a lot and have a great ear for these sort of things so I was at least gonna try. It took me some time tracking down everything but in the end I managed to find pretty much everything he ever did, which isn't much but pretty much all very dope. The end result is a 15 track compilation I hope y'all enjoy as much as I do and help fans understand just how dope Anselm was at one point.

Younger readers might not have a clue about Skeff Anselm is because he held such a low profile, but he was an engineer, mixer, producer and remix artist from the Boogie Down Bronx, originally working under Jazzy Jay on his UNI label. Among his earliest recording work for the label as an engineer was for Grand Puba's original group Masters Of Ceremony on the single "Sexy", the entirety of Don Barron's debut album and the single "I'm Not Playing" and parts of the unreleased album by The Ultimate Force (Diamond D/MC Rob) which was supposed to follow but was eventually shelved (until it finally saw the release a couple of years ago: and thank god for that!. As a producer his first project was the full-length album for hip-hop trio Nu-Sounds  "Mackin'". It was in its entirety produced by Anslem in conjunction with group member DJ Fashion (credited as Rohan Robotham) while emcees Craig Burrus and RMR handled vocals. Without Burns and Anslem the group reformed, adding rapper Broadway, as Strictly Roots a few years later and released "Begs No Friends" to little noise, but that's another story. Check the YouTube video below to stream the complete album!


Anslem undoubtedly is most known for his excellent work on A Tribe Called Quest's most classic albums "The Low End Theory" and "Midnight Mauraders", where he laced such timeless pieces as "Showbusiness" and "8 Million Stories". He also worked with Brand Nubian on their equally classic debut album "One For All" where he was credited for the Lord Jamar solo "Ragtime" and some engineering, mixing. However I have a feeling that he did some uncredited co-production work on there as the 12" single for "All For One / Concerto in X Minor" clearly states him as co-producer of all songs on the release, including the remixes (check it out for yourself). After production on D-Nice's second album (including two versions of the Naughty By Nature collaboration), MC Serch's solo debut, and a joint on Heavy D. & The Boyz popular "Blue Funk" album, he started remixing and producing more low-key records for what was more or less one hit wonders (Yall So Stupid, Blakkheart, Akiko, B'Zar Behavior. Jamalski). In 1996 he produced his final high-profile record in the form of the De La Soul/Mos Def collaboration "Big Brother Beat". Two years later he reappeared for the final time (to my knowledge) co-producing a joint called "The Street Mix" by some no name kid group called Mag 7 - I have not included it on the compilation but you can check out the video for it right here. 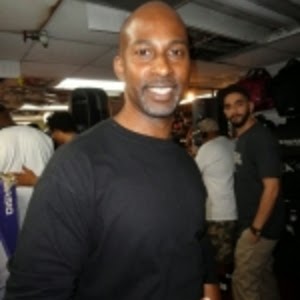 So what really happened with Skeff Anselm and why did he leave the music biz behind. He definitely had a slamming sound and much of what he produced or remixes is considered classic today. One reason that he might have been quite hard to work with, something that I learned from two interviews (although remember that there's of course two sides of every story). First Diamond D said the following in an interview when answering the question how it was working with Skeff (who's credited for engineering work on both "I'm Not Playing" and "Stunts, Blunts & Hip-Hop") - "Working with Skeff was cool, but he kinda always looked down on me" (Platform 8470 Magazine: Interview with Diamond). Then there's an interview Lord Jamar about the making of their second Puba-less album "In God We Trust" and the decision to record it themeselves. This is what Lord Jamar had to say on the topic - "This guy did some production on the first album. He's still my man so I don't want to bring his name up. He did a song on the first album and was always cool with us. He thought that he was going to be the producer and he was going to try to exploit us. He did a beat and the price was crazy higher than it should have been. For that price of one beat, we could buy equipment and make all our beats at home... I know for a fact that my beats are hotter than this dude" (MVRemix: Lord Jamar). Now remember that the only outside producers on "One For All" was Stimulated Dummies, who of course includes Dante Ross who in fact worked on both "In God We Trust" and "Everything is Everything". Beside Skeff and Dante Ross the only other producer is Dave "Jam" Hall and I think we can all be assured that's not who he's talking about. This is not to spread gossip, and if you know anything please let me know and I'll be glad to fix it, I'm just interested in how it come that a talented producer and engineer basically dissapears from a promising career. With that said, let's get on with the compilation, some classic, and some quite rare or at least obscure, early to mid-'90s bangers to please your ears. TURN IT UP, ENJOY and NOD YOUR HEAD! 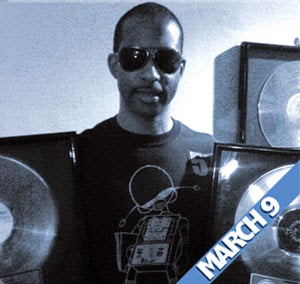