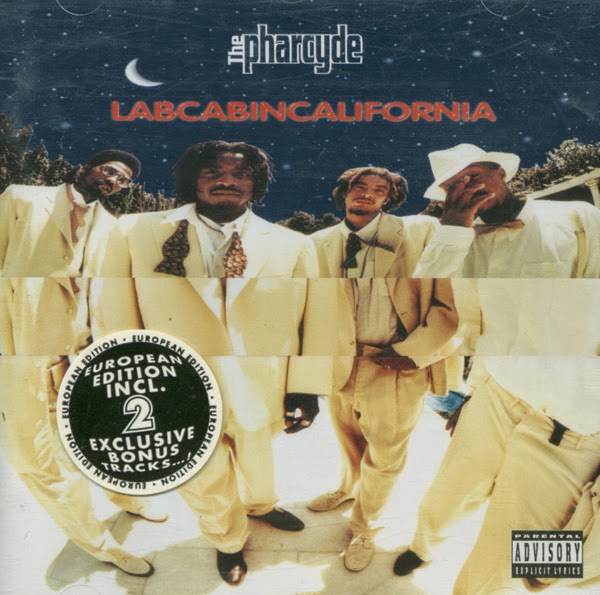 Even a lot of hardcore The Pharcyde fans don't even know about these  joints, which in itself is a shame since they are actually part of their perhaps finest and most celebrated album ever - the incredible journey that is "Labcabincalifornia". SlimKid3, FatLip, Imani and Bootie Brown's loose rhyme steezes and blunted flows really came to the forefront on this LP, backed up by fantastic early production work  by Jay Dee, east coast golden age soldier Diamond D, Grand Mixer M-Walk, and the guys themeselves who all did an absolutely marvelous job. However Diamond's "Groupie Therapy" was not the only time during the recording of "Lacab" that the LA unit bumped heads with the East Coast sound of the day and the D.I.T.C. crew more in particular. The Buckwild produced "Heart & Soul" and the equally rare "Emerald Butterfly" were both  recorded for the album and are thus right in the key of the rest of the record. So much in fact that whenever I listen to my copy of the album I often throw them on right afterwards to get a more complete experience so to speak. Both tracks are exceptionally ill as you soon will hear if you haven't already. 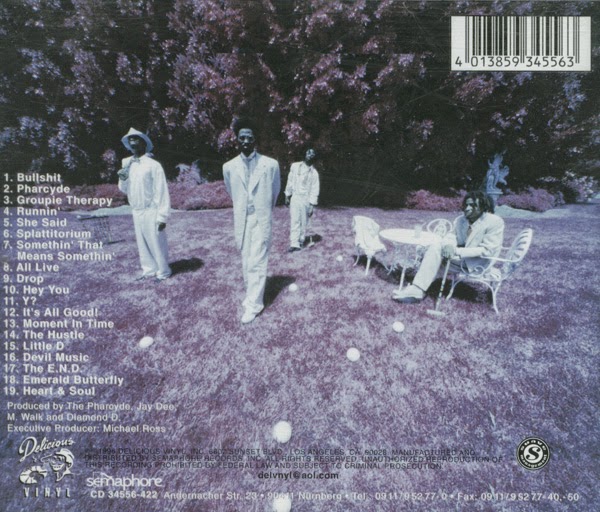 "Heart & Soul" fits right in with the overall flow of the album, as Buckwild avoids revisiting the
dark, heavily horn driven Bronx sound that had become his trademark at the time with his many remixes, "Lifestylez",  "Stress", "Word... Life", the Artifacts record and so on. Instead his production here matches the crew's lyrical playfullness and free-form deliveries by placing them over a deep bass track with a lone, but chopped up, accoustic guitar sample taking center stage all the  while percussive insruments counterpoints the main drum track. The song also features a nice '90s-esque female hook by an uncredited singer which immediatly catches your attention, suggesting that this could possibly have made it as a single even. Ironical, considering that it was left off entirely of the main album, only made available on a few selected versions including the Australian and German releases a long with the aforementioned "Emerald Butterfly". I can't decide if dropping these tracks were a good or bad thing - on the one hand, they both fit the album perfectly and I love "Labcabincalifornia" so it's great hearing more (mastered and completed) music from those sessions, but then again it would kick up the overall running time close to 79 minutes which is a pretty tough listen for any sitting.

"Emerald Butterfly", produced by LA Jay & Tre Hardson, sits right at home within the Labcab world as well, a slower jam that's filled with a gorgeously dark bass line being maintained throughout, hard drums and once again a female chorus that works as a counterpoint to the rough mode of the song. The same goes for the beautiful Rhodes and flute samples that break up the main melody with regular intervals. While neither track would be among the five best songs on this classic LP, they are both as good as the majority of "Labcab..." and even if you don't own them in physical form (like me), or maybe didn't even know about them, this is a must hear for any Pharcyde fan which is why I have uploaded both songs in great sounding 320 kbps rips, taken from a CD source (much thanks to whoever ripped them and uploaded them in the first place). Also of interest to fans of the album (and one that proves that these tracks was indeed recorded for inclusion on the album in the first place rather as filler to be able to bless a few releases with unrelated bonus cuts) is the official Pharcyde biography put out by Delicious Vinyl in late '95 - read it here. Enjoy y'all!