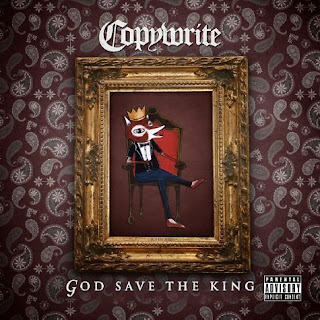 After seeing the tracklist for Copywrite's new album "God Save the King" on Man Bites Dog Records three songs immediatly struck out to me. Those were the two Bronze Nazareth productions, one titled "Love" which was recently released as the first single, and the other were the very promising posse cut "Golden State (Of Mind)" featuring Copywrite, Casual, Roc Marciano and Evidence. All these four guys are super lyrical and as expected the song hardly dissapoints with Vanderslice's solid production. "God Save the King" will be released nationally on the last of this month from the usual suspects like UGHH and Amazon. iTunes will be hosting an exclusive advance of the LP a few days before its release, starting on the 24th, which you can pre-order it via iTunes.