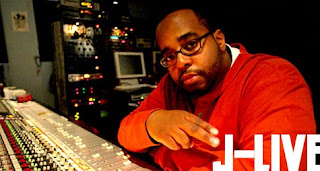 Never watering down or letting his music become commercialized, DJ/MC/Producer J-Live released one of the noteworthy albums of last year with his "S.P.T.A. (Spitta)". Don't think for a second that means he's taking time off from the hip-hop game as he's constantly releasing interesting singles and fat freestyles. Today the once mid-school teacher turned celebrated hip-hop artist lets loose of no less than four songs via Bandcamp; featuring collaborations with Senor Kaos, Ekundayo and Lyric Jones, all clearly worth a listen so check 'em out!

Posted by lost.tapes.claaa7@gmail.com at 4:01 AM