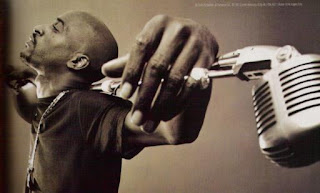 We all know that hadn't it been for Rakim and his work with DJ Eric B. between 1986 and 1992 the hip-hop game wouldn't have been the same. Before The R hit the aiwaves like an atombomb with "Eric B is President", "My Melody" and shortly after the "Paid in Full" LP, rap as an artform was still kinda basic. William Griffin III and some of the late '80s emcees like G Rap and Big Daddy Kane changed the game and the way lyricism could be forever. Rakim came out of nowhere strapped with lyrics of fury performed at a breakneck speed, filled with multies, metaphors and super tight ryme schemes - never missing a beat. And the raw, funky and soulful production that he, Eric B, Patrick Adams, Large Professor, Paul C and Kerwin Young hooked up over the four albums the duo released was next level to say the least. Together with Boogie Down Productions, Kool G Rap, Kane, Ultramagnetic, De La Soul and a few others they changed the way rap music sounded forever. If you don't already own the four full-lengths Eric B. & Rakim released over the five years they were active as a duo, you are missing a large chunk of rap musics history so go out and dig in the crates ASAP.

After the duo's last album, '92s "Don't Sweat the Technique" Rakim broke up with Eric B. to instead focus on a solo career. There was one problem though, MCA Records didn't want to allow The God MC going solo which put his career on limbo, save for a few guest spots and soundtrack apperances. He had started recording his solo debut around '94 but it would take until 1997 before Universal Records bought out his contract for $1000.000, allowing him to release his proper LP "The 18th Letter". The compilation you'll find below focuses on the years between Ra started recording for his unreleased solo album and the last album with Eric B. until early 1997 when his official debut dropped. I deleted a few alternative versions with exclusive beats and hooks but with the same verses as other songs on the tape and the '97 album and I also added a small amount of guest features from this period. The result is a slamming Rakim album featuring production by the likes of Buckwild, Easy Mo Bee, Gary G-Wiz, Pete Rock, Havoc, Nick Wiz and more. In other words it's the missing link between "Don't Sweat the Technique" and "The 18th Letter". Considering that Rakim is one of my absolute favorite emcees of all time, you can count on this only being Volume 1 in at least 2 or 3 volumes series showcasing The God MC. Tune in, press play and TURN IT UP!! 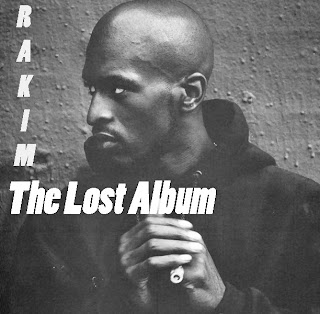