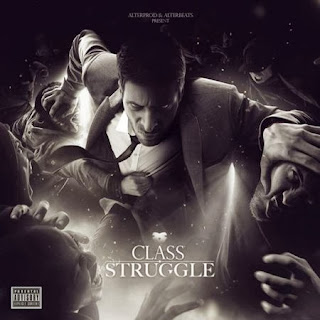 Alterbeats from the French production crew Alterprod released his banging debut album "The French Revolution" last year. Well, get prepared for more heavy caliber beats because the man is returning this year with his sophomore LP, titled "Class Struggle". The production compilation hit stores and internet retailers on October 29 so stay tuned for more info.

Below you find the two first singles, which are both fine examples of what good hardcore hip hop should sound today. Just released is "7th Division" which features a stand out verse from Tragedy Khadafi as well as Divine. "Fruit Boats" has been out a few weeks but is another real banger that features two current favorites with equally distinct voices - Guilty Simpson and Rock of Heltah Skeltah.

Posted by lost.tapes.claaa7@gmail.com at 6:42 PM