[Review] ODDISEE - "THE BEAUTY IN ALL" 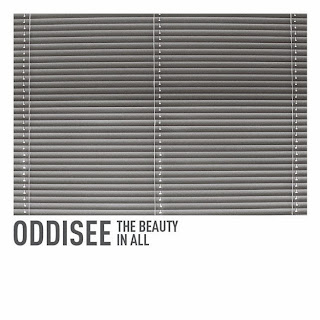 A completely instrumental hip-hop album can come out about as exciting as watching paint dry, which is usually what happens when a producer who's primarily a beatmaker makes an instrumental LP using rap beats that don't translate well to stand alone material. To make the non-vocal hip-hop LP work for the listener it is neccessary to hold the listeners attention all the way through, which is a grand challenge considering the producer bear all of the weight himself. The music must always grab the listener and make sure that it doesn't drag on, something a great producer can do by two different means. Masters like Jay Dee and Madlib often fills their albums with 30-40 beats, letting each tracks play for just about a minute before heading off into a new soundscape. Other equally great producers like Pete Rock and K-Def often let each track stretch out for several minutes and pushing the music forward by adding and taking away layers, introducing or reprising new sections. Oddisee's recently released "The Beauty in All" falls in the latter category, and its done with such finesse that it doesn't gets stale for a minute. In fact this might be the best instrumental album to have been released all year.

"In My Day" features a rumbling, loud drum break and a short one-note keyboard loop that becomes the foundation of the track. Standing on its own this would soon become much repetitive, but on top of this Oddisee places an addictive trombone hook, a small vocal chop, and other elements which he then fades in and out of the track. This is a superb composition on every level and a great example of what this LP represents. This is followed by the equally brilliant "Fashionably Late" which again builds on a very strong rhythm track with a huge bass line underneath a sample that fans of Jay-Z's debut album will definitely recognize. The amounts of layers that are added to this are just ridiciolous, and the fact that our man knows exactly when and when not to let each section play out is what makes him one of today's best producers.

I could go on breaking down each track by track, but words don't do any music justice - and especially not something as good as this. The vibe is constantly slightly ambiguous and dreamlike with clear influences from jazz, funk and soul and there's a whole lot of brilliantly arranged horn sections, strong piano and keyboard loops and more untraditional elements like the vibes and various percussive instruments. However, by the drums Oddisee chooses to sample and chop to his liking, we as listeners are always reminded that this is a straight up hip-hop record we're listening to.

Overall, I really got nothing bad to say about "The Beauty in All", which is a very fitting title. The music is constantly hypnotic, the replay value is high and each track creates a world of its own. This is an album you listen to from beginning to end, there's no weak tracks here and together they form a whole that together forms a musical journey that is best experienced in a comfortable chair, with headphones and your eyes closed... Not only is it the best instrumental album of 2013, but to my liking the best project Oddisee has yet released. And as such, it comes much, much recommended! You can order your copy @ UGHH or directly from MelloMusicGroup . If you have not yet heard the album, you can stream the entire thing below thanks to the always trustworthy Mello Music Group!

Posted by lost.tapes.claaa7@gmail.com at 7:04 AM