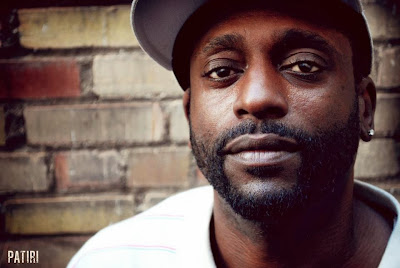 If you've been following this blog for at least a few months, you know I got a thing for the solo endeavours of Prince Po (click the "Prince Po" tag at the bottom of this post to find some rare tracks and alternative versions that was left off his first solo album). Larry Baskerville is an immensely talented emcee so as long as he got the right beats, h can really cook up some marvellous shit! With that in mind it's to me fantastic news that Po's next solo album is entirely produced by the psychadelic, drug-infused beat maestro known as Oh No. Though it's far from the Organized Konfusion sound, I thought he sounded amazing working with Danger Mouse, Madlib, J-Zone and Jel on his 2004 debut and this should take it a step even further. Should be an instant buy, don't you think?
"Animal Serum" wont however be released until early February 2014, but those who wait for something good, might be sitting on nails, but once it finally comes around it's even more of a treat. The album is being released by Green Streets Entertainment and right now you can pre-order the CD but since there's quite some time until we get there I Think a vinyl set is not out of the question just yet. We'll have just wait to see... Looking at the tracklist below, the most interesting thing to notice is that it features the second Organized Konfusion reunion in 2013 (follow Marco Polo's excellent "3 O'Clock"); and as if that wasn't enough OC also makes an apperance on that same joint - really taking it back to basics and the Groups first single; "Fud Pudge". Check the tracklist and pray that we will be able to hear the first single very soon 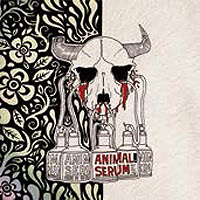