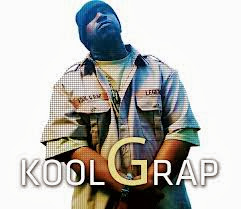 Kool G Rap is the epitome of a super lyrical beast on the mic and has stayed on top as one of the most influential cats of the industry from when he first broke out, then backed by DJ Polo, Marley Marl, Dr. Butcher & The Juice Crew for "Road to the Riches" (1989). So it was definitely exciting when in early 2000 The Kool Genius signed a deal with Rawkus, at the time the most succesful and respectable underground power house in hip hop. A deal between these two still seemed a little peculiar however, considering that the label's successes mostly came from a roster of "conscious" artists that were often lesser known to the masses when they first signed. But as the early 2000s came along and the hip-hop scene started turning its tide, the label found itself a slowly sinking ship and in trying to keep a float they tried their hand at more commercially viable music. This became evident with the album by G Rap, who's always been a big artist but never a commercial one - a concept the exeutives and A&R's at Rawkus didn't fully seem able to grasp. Insisting on taking his album in the direction they thought was right for him (and the label) rather than listening to their acclaimed artist himself resulted in the album being pushed with how the albuback several times. Even Mike Heron, who together with V.I.C. as The Ghetto Pro's produced four tracks on the eventual release voiced his displeasure m was handled, and he's hardly the only one - amongst fans and critics it is generally considered the weakest link in The Genius' discography. That's not to say that the album doesn't have its fair share of bangers, but much of it feels forced and half hearted. Check out the following quotes below to see how the actual artists actually felt about the album that found its way to stores: 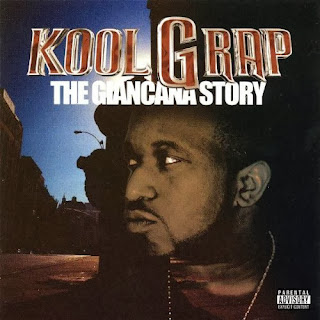 "[Where you happy with the end result?] Definitely not! [...] Rawkus was not a label that was into sticking by who they signed. They signed me as an artist for a certain reason but when it came time to put out material, they wanted me to become a different artist [...]  This is where me and Rawkus bumped heads. I’m a grown *ss f*cking n*gga and can’t 2 young f*cking punks tell me what to do!"

"Me and V.I.C did the “My Life” record, which was a pretty good twelve inch. It didn’t get promoted the way it should have, but whatever. That was my only proud moment on that fuckin’ album, let me tell you. [...] [Fans] wanted something else [than what the label pushed]. I was confused about it, [G Rap] was confused about it, and I think that’s where the relationship strayed. I don’t think they understood what G Rap is about – his legacy’s about – and the reason motherfuckers still mention him is because he never traded in shit..." - Mike Heron of The Ghetto Pro's (Unkut interview, 2007)

It's not too suprising then that most fans single out "The Giancana Story" as the master spitter's weakest album. While the lyrical performances are for the larger part as potent as usual, it's also clear that much of the music here is not something the artist himself would've settled for had he been fully in charge of the final product. This is strengthed by the fact that a copy of an advance version of the album leaked before Rawkus handed over the artist and his material to Koch/In The Paint. This advance version has some major diffences from the final retail release. Some of the strongest tracks (i.e. the Havoc assisted "Thug Chronicles", on the bootleg called "How it Feel", or the Scarface sampling CNN collaboration "This is My Life") has been remixed into commercialized, digitized and bastardized misfires. Others such as the classic 12" with DJ Premier, "First Nigga", and the bloodboiling banger "This Means War" and many more had been entirely omitted from the final product.

What's maybe most disturbing then is that there actually is a good, if not fucking great album hidden between the two often vastly different versions of "Giancana Story". I have been wanting to combine the best from both, and possibly adding a couple of tracks recorded around the same time, for a long time but haven't really gotten around to it. T´hese last few days I have made it my mission to really study the two versions, and attempt to authentically create a truly banging Kool G Rap album from those sessions. Beside picking the best songs from the advance bootleg and the retail, I have also added a number of B-sides and 12" numbers not included on either versions, but recorded around the same time. These include the Knobody produced banger "Nobody Can't Eat" (which appeared as the B-side to the "My Life" single in '01 on Rawkus); the DJ Scratch produced "Spill Blood" which is the B-side to the "It's nothing" single; "Take A Loss" would appear on DJ JS-1's debut album in 2003, but it was actually originally released as a single in 2001; that same year also saw the release of "Murder Fam", a white label released and produced by J-Love. The overall result is 16 tracks, and 60 minutes of pure unfiltered hip-hop at its finest, and a much, much stronger album than the one Koch released in 2002. I hope you are willing to play this front-to-back at least once, and if you choose to do so strongly suggest you too crank the up volume real LOUD! 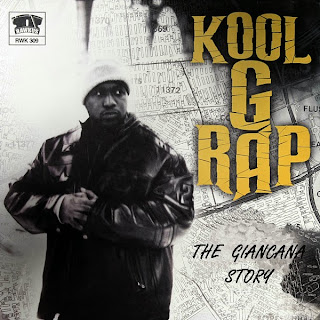