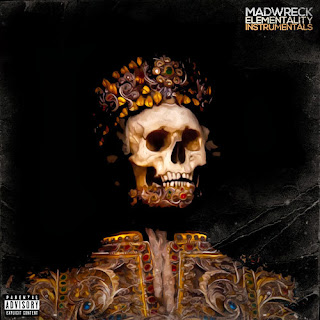 Madwreck is a producer you need to have on your watchlist as this brother is coming on strong with the heat. I first became aquainted with his work through the stuff he did for fellow Elementality artist MadKem, and on top of that he's one half of the experimental but super sick beat duo Dirty Art Club. Nw the talented producer is gearing up for his first instrumental release, titled "Elementality Instrumentals". With the goal to show the World his broad influences and original hip-hop roots, 'Wreck is offering up a mix of brand new tracks and reworked classics from his days as an in-house producer for Elementality. The first single is a hypnotic, chillingly creeping piece called "Time Lapse". The album is out November 19!

Posted by lost.tapes.claaa7@gmail.com at 7:14 AM