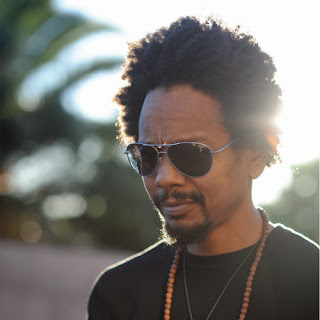 The eclectic soul/funk/hip-hop child Dudley Perkins (a/k/a Declaime) is about to hit us with another ill solo disc, following his excursions into his and Georgia Anne Muldrow's commonly shared world with the G&D projects. Dudley Perkins has a lot of incredible albums under his name, most notably his three Madlib produced records - "IllMindMuzik EP", "A Lil' Light" and "Excursions 2012". His 1998 debut disc was another banger, where the production was divided between Madlib and KanKick. For "Dr. Stokley" who hits stores and internet retailers via Mello Music Group on November 29. The first two promising singles takes it back to the foundation, as they are produced by Madlib ("State of Emergency") and KanKick ("Foot Surgery", streaming below via Soundcloud). The other announced producer for the project is Georgia Anne Muldrow, and together with the press releases closing statement  that "this is Dudley at his eccentric best, fiery and passionate, killin' emcees with that heavy fOnk straight from the soul." Pre-order the album @ MMG i_ your choice of CD, wax or iTunes for digital.

Posted by lost.tapes.claaa7@gmail.com at 4:05 PM