[comp] DAN THE AUTOMATOR - "THE MOST HANDSOME LP FROM OUTER SPACE"

There's no question that Dan Nakamura, better known as Dan The Automator or simply The Automator, is one of the most innovative and original producers in the music industry today. And I'm not strictly talking about hip hop here; while Dan mainly comes from a hip-hop background he's also a classicaly trained violinist and lets his vast record Collection inspire him; one ranging from genres including classical, jazz, rock, funk and hip-hop. He released a few solo EP:s between 1990 and 1996, but it was when together with Kool Keith and overseer Kut Masta Kurt that he got his real break in producing Kool Keith's much acclaimed debut album under the alias of Dr. Octagon.  During the years he has expanded his resume by remixing jazz legends like Charlie Parker, Willie Boo Boo, produced the entirety of alternative rock/pop/rap/punk experiments The Gorillaz' first self-titled album in (2000), as well as lending his talents to acts as diverse as Nelly Furtado, Primal Scream, and Peeping Tem. His real stand outs following "Dr. Octagonelyst" came with his eccentric big beat hip hop albums with his respective Groups Deltron 3030 and Handsome Boy Modelling School. The former was a futuristic, spaced out trio with Del Tha Funkee Homosapien writing his best sci-fi themed lyrics over Dan's most futuristic production and Kid Koala's World class scratch excursions. Their spaced out debut album from early 2000 is still hailed as a masterpiece and one of the most original LP:s to hit the stores in many years. Handsome Boy Modelling School was a collaboration between Dan and Another eccentric, highly praised producer in the legendary Prince Paul, and their 1999 debut "So... How's Your Girl" showased a Chemistry between the two rather equaled and combined with guest verses.from artists as diverse as J-Live, Sean Lennon, Keyboard Money Mark,`Casual, Encore, DJ Shadow, DJ Kid Koala, Moloko, Father Guido Sarducci, El-P, Alec Empire, and many more, the concept album was an immediate Winner and one of the best Projects of the year.

Since then Nakamura has moved further away from his hip-hop roots in favor of assembling groups like Lovage, a more rock-oriented collaboration with singers Mike Patton, Jennifer Charles and instrumentals Astacio The Nudist, Sweet P, and Daniel Spills., He also produced and remixes for britpop acts i.e. Kasabian, Peeping Tom and Miles Kane, to name a few. However, it's clear he still got love for his hip-hop foundation, and there's nothing wrong with a good artist branching out if that's where his heart is at, and for the last couple of years he has laced the occassional track for Lateef The Truth Speaker and Kool Keith. 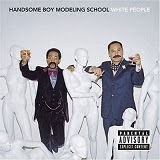 Dan's dabbling in other genres saw something of a peak with the second Handsome Boy Modelling School album, "White People", an album that felt as Nakamura was more in charge of the final product than his partner since a lot of the hip-hop aesthetics from its predecessor; bringing on distorted guitars, live drums, power riffs and and an arrray of rock vocalists´to collaborate with the featured emcees. And from what I gather from interviews with Paul, it seems that much of this was The Automator's idea (it is worth noting that their relationship soured after the release of the LP). A good example of their differences is the demo version of The RZA/AG collaboration "A Day in the Life" which he claimed was his preferred version of the record before Automator got his hands on it and added Mars Volta and rowdy guitars to it. Not to say that "White People" is by no means a bad album by any means, it's actually quite refreshing, but it fades into obscurity when compared to the original 1999 project.. 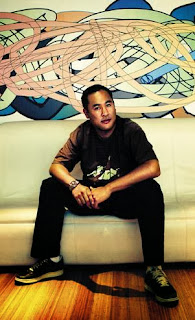 Luckily, The Automator seems to be back full throttle in the experimental hip-hop game again with the recent release of "Event II", the long-awaited sequel to "Deltron 3030" with Dan's handling all the production and beats, Del doing all the writing and vocal recordings and DJ Kid Koala keeping it busy on the wheels of steel. It's a very good album, quite not as good as its predecessor but none the less a solid 4/5 effort which I strongly recommend. As the album just hit stores these recent days, what better time to drop a solid Dan The Automator compilation featuring some banging hip-hop tracks and remixes for your enjoynmet? This of course also stands as a very good compaion piece to the aforementioned new Deltron album.
For "The Most Handsome Compilation Created in Outer Space" (weird title huh? Well, it's obviously a combination of themes found on Deltron and Handsome Boy Projects) I put together get 65 minutes of underground classics produced or remixes by The Automator, without using any material from his various retail Projects. Featuring original music by Dr. Octagon/Kool Keith, a rare instrumental by Hansome Boy featuring Kid Koala, DJ Krush, Del, Scaramanga, Mr. Dead, Mixmaster Mike, Quaanum MC's, Nelly Furtado, Redman, Gorillaz, Charlie Parker and The X-Ecutioners. Clocking in atlmost 75 minutes this is a great representation of Dan as a 100% eclectic hip-hop producer. Be warned tough, because this is some truly BIG BEATS that might fuck your head up, so come prepared Some instrumentals, occassional vocal apperances and nothing but rugged Cuts that together form a brilliant set showcasing exactly who Dan Nakamura, the musician, truly is! TURN IT UP!!!'

DAN THE AUTOMATOR // "THE MOST HANDSOME LP FROM OUTR SPACE" 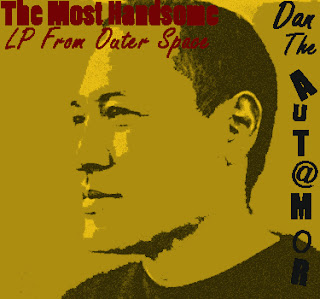 DAN THE AUTOMATOR - "THE MOST HANDSOME LP FROM OUTER SPACE"
Posted by lost.tapes.claaa7@gmail.com at 3:07 AM