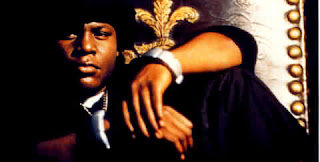 Early 1993,  the Wu-Tang Clan is recording the posse cut "Da Mystery Of Chessoxin'" for the crews debut album at Firehouse Studios, New York. There was one slot left on the now classic track and Master Killer and Killer Priest both desperately wanted their voice on that record. As they both were writing and trying out a few verses to RZA's beat and time was running late, Walter Reed - better known as Killah Priest - dozed off for an hour or so. When he woke up, he heard the now legendary debut verse by Masta Killa ripping "Da Mystery..." to shreds. Had thing turned out differently, Killah Priest would probably been the official 9th member of The Wu-Tang Clan.

But unlike Masta Killa, Priest is more of a solo artist than a team player as proven by his 1998 solo debut "Heavy Mental"; still to this day, one of the illest and most original hip-hop albums ever created. It took me some time to fully appreciate the mental genius that is this album truly was. Almost the oppisute of your traditional '98 rap record consdering how different it was, the atmospheric and mystical producton that featured some of 4th Disciple, Y-Kim and Arabian Knight. Few times before or after have the production and heavy mental vocal performance by a true lyricist been such a perfect marriage. Just check 4th Diisciple's paranoid backdrop and floating horns on "Information" where Priest dwells deep into scary, but most likely often true, conspiracy theories. Or "Science Project" where Priest switch up his flow to tell a haunting narrative of a young kid in a rough hood that finds himself in a set-up over a frantic beat that builds up to the agressive end when you can barely take it anymore, Like Priest's companion Shabazz the Disciple once said: "Artists like 50 Cent and Jay-Z, they glorify the hood. I horrify it".

"Heavy Mental" runs for over 75 minutes without ever getting boring and should be listened to from beginning to end as it's one of a kind journey into the mind and spirit of Walter Reed. Throughout the 20 tracks Killah Priest proved that he was easily one of the best emcees of all time, and still to this day his debut album stands as one of the sickest lyrical displays ever put down on wax. Fantastic flow and delivery, a commanding voice, lyrics packed with knowledge and his obviously a very smart person; the only Wu-Tang representer that I can think of to be on that specific level is The GZA/Genius. And as if Priest's lyrical power wasn't enough to bring this album home, 4th Disciple probably hooked up his best batch of beats for "Heavy Mental" - not to mention True Master's and Y-Kim's contributions. I remember an article in HipHopConnection back around 2000 where they crowned Priest's debut "the best hip-hop album of all time" and while there's no singular dopest LP ever made in my opinion, it's definitely up there. This is spiritual hip-hop at it's finest and there's a big difference between religion and spirituality.

Yesterday I got a six minute snippet reel from a poster at the Philaflava forums featuring a bunch of songs that most likely was recorded for the album but didn't make the final cut. This gave me the idea to put together a lil' companion piece to my favorite Killa Beez release of all time, especially since there's so much dope material that didn't make the final cut that would be a great diservice for any Priest fan to miss out on. I wrote out a small description for each song on the mix to give you some background info while you're listening. 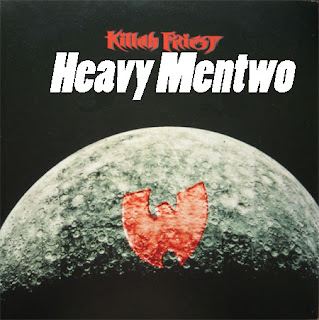 01. "Blessed Are Those" [Original Mix]
The original "Blessed Are Those" was for the longest supposed to be the one we'd hear on the album instead of the minimalistic, but still very atmospheric and great, remix we now hear on the LP. For this version underrated producer Y-Kim makes great use of an Al Green sample over the same drums that really beefs up the track. Unfortunately, Green refused sample clearance of the song for the reason of the Killah part of the artists name. According to K.P. this was one of the last songs recorded for the album and the first verse also received the "Quotable Of The Month" in The Source Magazine back in '98. This mix appeared on Y-Kim's producer compilation "Monster Reborn".

02. + 03. "Moanin" (Ft. Killa Sin) / "Street Opera" (Ft. Hell Razah)
Both these songs appeared on the "One Step" CD-single and 12" and I have a strong feeling that if there were more room left on the album, both these songs would appear on it. They are both incredible and would fit right in; Killah Priest puts on a memorable performance and a rare verse by Killa Sin makes the song even more superior. 4th Disciple produced both of these joints and once again proves why he might be the most underrated producer out there.

04. "Wolf In Sheep's Clothing"
"Wolf In Sheep's Clothing" is a rather unknown joint that was released on a limited white label 12" with an atmospheric beat that might very well be another 4th banger with an addictive trumpet hook running throughout over the kicking hi-hats. Featured on the song are also Shanghai the Messenger who also provided sung vocals on "Atoms to Adam" and "Mystic City".

05. "Devil In Descize"
This originally appeared on a rare promo copy of 4th Disciple's debut album "Steel Valley Project Vol. 1". With it's somber grand piano, floating flute, cuts and Shanghai the Messenger heartfelt lyrics, it was one of the absolute stand-outs on 4th's EP. Killah Priest kicks his "usual" metaphors where he tells the story of how the most trusting person can turn out to be a devil in disguise.

06. "Life Is A Gamble"
After Wu-Tang Clan's epic multi-platinum selling "Wu-Tang Forever", the Clan and its affilliates like Killarmy, Sunz Of Man and LA The Darkman all embraced the high quality The "W" represented. On LA's classic '98 debut, 4th Disciple produced a banger titled "Fifth Disciple". But the sinister steet sonics of 4th's beat was originally in Killah Priest's possession as a demo song recorded for his debut undder the title "Life's A Gamble". It's very interesting to hear the contrast between Darkman and Priest's versions.

07. "Mind As A Weapon" (Ft. Hell Razah)
Hell Razah and Priest were both members of Sunz Of Man and there voices and lyrical themes has always gone together perfectly. "Mind As A Weapon" is a typical late '90s Sunz joint, produced by 4th Disciple, that remained unreleased for several years and when it finally surfaced the sound quality wished much to desire. Still, the production and both rapper's vocals and lyrical themes makes it a well worth listen.

08. "Gallery (One Step)"
"Gallery" was the original demo version  of "One Step", the opening track on "Heavy Mental". This version was originally recorded during a Sunz Of Man session which explains why Hell Razah also participated in the session (on the hook). Popa Wu also appears on this version and Tekitha's part is slightly alternative. Both the beat and verses have slight differences too.

09. "King & The Ceasar (B.I.B.L.E.)"
"B.I.B.L.E." of course appeared originally back in 1995 as a bonus track on The GZA's "Liquid Swords". It's maybe the #1 trademark Killah Priest song so it's nothing strange that he wanted to include it on his debut album as well. The one that ended up on "Heavy Mental" is basically identical to the GZA version but the demo, which I guess was initiated '96 or '97, features a different intro, a different hook and some slight changes to the beat.

10. "Crusaides" [Mix #2] (Ft. Tekitha)
The 4th Disciple produced "Crusaides" appeared on the album as a short bridge between "It's Over" and "Tai Chi" and with it's spacey atmosphere it worked really well. Originally "Crusaides" was a full song rather than an interlude, recorded and mixed in at least two different versions besides the one we hear on the LP. The original version ended up way too long and featured the entire Sunz Of Man and Rose Cartel and a total of 12 emcees according to Priest. This version has however never leaked but the mix featured here is an extended take on the album version, running for about four minutes with Priest and Tekitha exchanging prophetical words.