[Article] The NAS album that never was 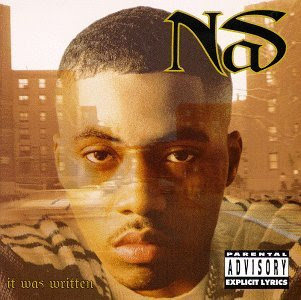 Nas' second album, 1996's "It Was Written" got him accused of being a sell-out mainly for changing his sound. He had fallen victim to the so called "sophomore jinx", but what arguably really happened was the release of an album that was ahead of its time. Today, it is often discussed amongst the greatest follow-up LP:s ever created, and lyrically it's not even slightly below the super high standad set on "Illmatic". Furthermore, it made him gain the well deserved position of one of rap's true superstars, that he still maintains today; all while keeping it true to himself and his producers The Trackmasers vision: "We figured out how to make them respect us and not sell out or do a record, like they used to make have one house song on your album [...] So when people said 'it went too commercial', we just laughed. When we started hearing a little hate that it was too commercial, we knew we we're doing something that was beyond peoples understanding. We were happy; we were ecstatic. We knew what we were doing for this culture that we loved." (Nas, quoted in The Illest, Wax Poetics issue 51; 2012).

When he talks about how they knew they had something that went over many people's heads, they were right on target. Even though we were many who felt "It Was Written" right away, I'm still amazed at the intricate rhyme schemes and there are still lines and metaphors there to crack and interpret. I wonder how Nas' career would've looked without "If I Ruled the World", "The Message", "Street Dreams", "Affirmative Action" and "Nas is Coming"? Not to mention the less high profile, but equally monstrous cuts like "Suspect", "The Set Up", "Shootouts" and "I Gave You Power". Or what about "Live Nigga Rap" which embodied the whole Queensbridge sound at the time, and not only featured and was produced by Mobb Deep but was in fact a song recorded and intended for "Hell On Earth". Accordin to Prodigy's autobiography, he wasn't very keen at all on letting that banger go. Last, but definitely not least, it also featured the two last songs ever produced by The Live Squad's Stretch. When thinking of those two tracks (which include one of my all time favorite Nas joints ever recorded; "Take it in Blood"), it really makes you wonder how much Stretch might've blown up as a New York producer if it wasn't for that tragic night on November 30. 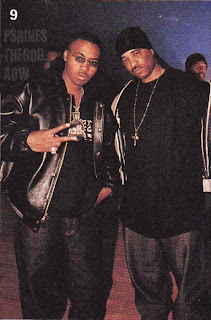 But all this would have never happened if things had worked out according to Nas' initial plan for how to build on from "Illmatic". Just like he originally wanted Large Professor to exclusively produce his debut, for his sophomore joint he was looking at the Queensbride OG producer, Marley Marl: "I'm goin' in with Marley Marl. He's a legend from Queensbridge, and he's one of my greatest inspirations.". At the time Marley was running his popular Future Flavaz show on WBLS together with Pete Rock, as well as, to a lesser degree, producing acts like Kamakazee, Tragedy and Capone-N-Noreaga. He was not living in QB at the time, which made the work process on Nas' project harder, but not impossible. Marley was however down to do it, and recording sessions had even begun: "I would plan a trip up there when I had time to complete the song[s]. And before I could do that, the records I was working on for my second album, I heard on the radio as radio promos for WBLS. So you can imagine how I felt. There was a song called "On The Real" and one called "True Dialect". The final straw came when the firstmentioned song was released in full, and wth several guest artists never approved of by Nas: "Marley put other niggas on "On the Real" and it really blew me away, because these were songs that I was working on for my second LP. And I hadn't even finished them! I knew there was no way we could continue working like that. So I had to figure out who I could work with who would be really concerned with making a Nas album..." (Nas, quoted in The Illest, Wax Poetics, issue 51; 2012).

The person he met was Steve Stoute, who became his manager for several years, which led to Trackmasters being assigned as main- and executive producers of the project. But it seems, that Nas recorded at least a couple of joint before this happened, maybe even in between the Marley sessions; the only thing we can say with any certainty is that they were recorded after the release of his debut. The first of these,"Deja Vu", was produced by the completely unknown Chris Winston. The song uses the verse Nas spat on Raekwon's masterpiece "Only Built 4 Cuban Linx"; a verse that has sometimes been quoted as one of the absolute finest in rap history. The track itself is straight up beautiful, with a mesmerizing musical backdrop centered around a few chopped Rhodes notes, a tight rhythm track and various percussive noises (including what sounds like water being poured into a glass). Nas' two remaining verses, the hook, and Wilson's knack for creating a soulful track based on simple elements makes this one of the absolute best unreleased tracks in the Queensbridge legends entire catalouge; not suprisingly this was miscredited to Pete Rock for the longest. For a more detailed description of the creation of the song, and why it failed to show up on the retail release, make sure to read this Chris Winston interview about "Deja Vu". A similiar cut, that was recorded by Nas with frequent collaborator Large Professor between "Illmatic" and it's follow-up is the old school salute known as "Understand", which even features Biz Markie. Extra-P boils the music down to its simplest elements with Nas freestylish flow claiming all the attention. Had this turned up on the actual album, peeps might have compared it to "One Time 4 Your Mind". 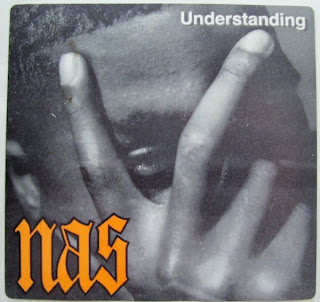 I certainly wouldn't change "It Was Written" even if I had the chance to replace it with that original Marley Marl album, but you gotta agree that this is some real intriguing stuff. I wouldn't mind "Deja Vu" and "On The Real" appearing somewhere on the album though, as they both easily outdo whatever your pick for the two weakest songs on the album would be. It's also safe to say that if Marley would have tooken on the role as producer for the album, K-Def would play a pretty large role as they were as much a tag team by then as Poke and Tone was. For example, 'Def even mentioned that he was the one who originally found and looped up the sample that made up "On The Real". To summarize, and maybe give us an idea of what "It Was Written" could have been, but was not, I have uploaded all songs mentioned in the thread in the highest qualility I've come across. I decided to include both versions of "On the Real" as the 2004 solo re-recording probably is closer to what Nas' original vision for the song was; and I also included K-Def's "Street Dreams" remix. Hope you have enjoyed this editorial in the first of three articles dealing with Nas' and the '90s, you might even have learned something I bet y'all are eager to hear the music.

NAS - "SHIT WAS NEVER WRITTEN EP"
Posted by lost.tapes.claaa7@gmail.com at 4:35 AM