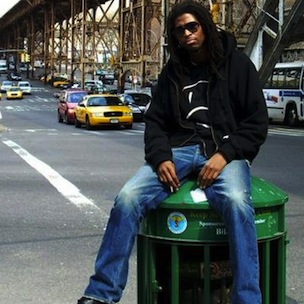 The name Kleph Dollaz might not mean much to those who's not read linear notes, but he was without a doubt a talented cat who sadly never got the props he so rightfully deserved. Durrel Durand (a.k.a. Kleph Dollaz) left the physical due to a heartattack yesterday morning; local friends called the artist an integral part of Virginia's hip-hop scene. Outside of his hometown he hooked up with an M. Warren to form the duo Ill Biskits, releaing the classic 12" "God Bless Your Life" B/W "22 Years". The underground hype caught the attention of Atlantic Records who signed them for a one album deal; resulting in "Chronicle Of Two Losers", a dope and original hip.hop album featuring production by Bronx legends Buckwild, Lord Finesse and Mike Loe. Since it didn't sound anything like the shiny suit music provided by Pappa-Diddy-Pop and BIG around this time, the album was shelved after only a smaller amount of test pressings. Lucikily it has been reissued since 2007 thanks to Traffic Entertainment, so it's no longer a lost album... and at that, it's strongly recommened.


After the failure with Ill Biskits, Kleph Dollaz started producing for other artists, including amazing material for Boot Camp Clik, Rasco, Sean Price, Sadat X, Littles, M.O.P., Blahzay Blahzay and Tek. One things for sure, his sound will surely be missed and all condolences goes out to his family in this hard time. Rest in peace..
Posted by lost.tapes.claaa7@gmail.com at 5:59 AM