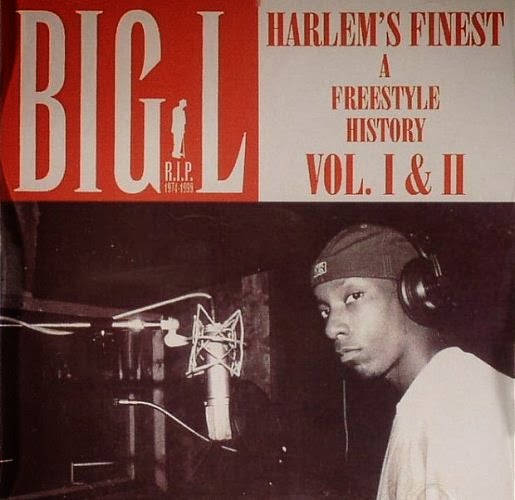 It's hard to believe it's already been fifteen long years since the young Lamont Coleman, better known to hip-hop heads as Big L - the definition of true lyricism, was ripped away from this earth and into the spiritual. L will always be remembered as one of the finest, funniest and illest rapper to ever hold a mic and continues to inspire emcees for generation to come. Yet he really only released one album during his lifetime, 1995:s "Lifestylez Ov Da Poor & Dangerous" which not only stands as a bonafide classic, but also holds personal affection for me as it was actually the first piece of vinyl that I ever bought. In the last couple of years of his life he had begun working on two new albums simultaneously - the follow up to "Lifestylez" on Rawkus as well as the debut LP from his group D.I.T.C. on Tommy Boy.

Due to his tragic death on February 15, 1999 he never managed to complete his Rawkus album "The Big Picture", but  it's clear that he was almost there though we can be pretty certain that the LP would have sounded vastly different had L had the opportunity to complete it, rather than the posthumous work put in by Rawkus. His final official release was the "Ebonics"/"Size 'Em Up" 12" and I remember having it on constant rewind when it dropped and how especially the A-side literally had my jaw drop every time - and it still does! It's clear that L had the charisma, humor and mad skills  that with a little commercial push could've put him up there with the likes of Jay-Z around 2001. What he recorded for "The Big Picture" was definitely more accessible to the average hip-hop fan than the dense, agressive, dark jazzy boom bap sounds that defined his first LP. I think had he lived on it would've only been a question of time before he truly would've made it HUGE. Sadly, we'll never know now. 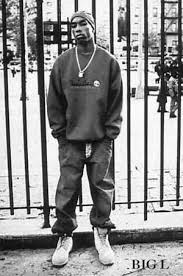 What is also sad is that due to his short time on this earth he didn't leave that much material behind as he wasn't a musical machine like a 2Pac or a J Dilla. Still the occassion of the anniversary warrants some unreleased music to be listened to - and since I already posted all the "Lifestylez..." outtakes and demos, my version of "The Big Picture" and then some, I haven't got that many choices to hook y'all up with. Of course if you don't own his two retail solo albums and the first D.I.T.C. abum, then that should be priority #1 for you; all those are must haves in any respectable collection. However while there have been some horrendous posthumous cash-in albums of unreleased L material ("Return Of The Devil's Son" being the worst of the bunch), I remembered that the semi-official Corleone Records released a fat freestyle collection of Big L's hottest radio moments in 2003 entitled "Harlem's Finest: A Freestle History (Vol. 1 & 2)". Since it's long been out-of-print by now, I don't see any harm in posting it on here, and if anyone involed feels otherwise please send me an e-mail and I'll take it down ASAP. Ripped in 320 kbps this great sounding baby features 19 amazing L freestyles and verses ranging from early '92 stuff with Lord Finesse, to the infamous '95 one with Jigga, to '98 verses - basically covering Coleman's entire career as an emcee. Listening to nothing but freestyles for 45 minutes straight would get tiresome with almost anyone... but not with Big L, that's for damn sure! It also features two original, at the time previously unreleased, Big L songs near the end - "Nigga Please" and the beautiful Dramatics sampling "How Will I Make I". Grab this below, enjoy it and TURN IT THE FUCK UP!!! Rest in peace Lamont Coleman, you are not forgotten!


* Link to "Harlem's Finest", borrowed from the dope Urbanleakz.net - much props and all credit and thanks to them!

BIG L - "HARLEM'S FINEST: A FREESTYLE HISTORY"
Posted by lost.tapes.claaa7@gmail.com at 7:50 AM