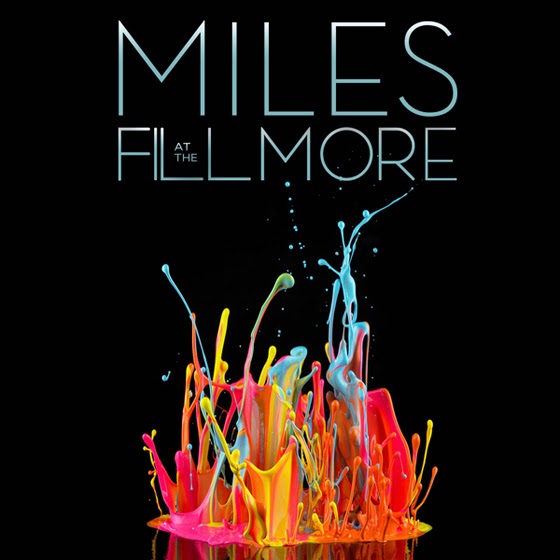 As much as I love hip-hop, real good jazz music is always a close second and few artists have meant as much to me as John Coltrane and Miles Davis. A couple of years ago Columbia Legacy kicked off an amazing Miles campaign called "The Bootleg Series", which so far has been made available in two separate volumes. The first featured five full sets from a '67 European tour placed on three CD:s and one DVD, featuring the legendary Davis/Hancock/Shorter/Williams/Carter quintet. The second volume focused on the 1969 years and the "lost quintet" which included Holland/Corea/Shorter/DeJohnette. Both installments came in stunningly beautiful packaging, with well written essays and filled to the limits with great, previously unreleased music (at least in any official capacity) cleanly remastered in both sound and video. Of course these are must owns for any serious Miles fan.

Now Columbia Legacy is releasing the third volume in this brilliant series that lets fanatics continue to discover new music from the master long after his return to the essence. Although this is a hip-hop site first and foremost, it's also my site - and being the jazzhead I am, you can count on seing the occassional jazz post on here. In 1970 Miles Davis was the first artist to really fully embrace the rock / jazz fusion aspects full throttle by gaining a given place on many of the larger rock arenas around the world (a blazing performance at Isle Of Wright included). One of the things that set all this off was the invitiation to Bill Graham's (remember the promoter at the Playboy show in "Apocalypse Now") cult club The Fillmore. In early summer 1970, Miles and his newly assembled band hit the stage there for a four night event. This somewhat crazy ensemble freely blended jazz, fusion, hardbop and free-jazz and featured a line-up of Keith Jarret (organ), Chick Corea (Fender Rhodes), Dave Holland (electric bass), Steve Grossman (soprano sax), Airto (percussion) and of course Miles on trumpet.

Parts of these four consecutive nights were actually officially released by Colubmia in 1971, but only heavily editing down each set from around 40-45 minutes to 20 minutes in order fit each side of a double LP. Although there have been bootlegs of most of these full sets, they have never been officially released and remastered, so this is the first time that fans can actually appreciate these wild sessions in their full glory. Unfortunately I must say that although I really dig parts of these recordings, I feel that they don't represent Miles and his band at their best as the rhythm section is much more drawn to the avant-garde jazz that had started bubling at the time (despite Miles publicly stating his dislike for the genre), pretty much only tightening up for Miles' parts. There's of course gems on here, like hearing Corea and Jarrett go at it simultuonaesly on their respective keyboards. So yeah, I'm gonna buy this, not only because I'm a collector but also because I know it will be beautifully packed with its four discs which also includes a few bonus tracks recorded a month later at The Fillmore West. What's most dissapointing is the lack of a DVD included which has been one of the most terrific parts of the two previous volumes in this series... But it also shows that Columbia very likely are intending to issue more of these "Bootleg Series" albums - and if they reach Miles final concerts (before the semi-retirement) in Japan in 1975 then it's OVER for this writer as I hold those sessions as some of the best music ever recorded (check "Agharta" and "Pangaea")!

To read more about what's included here head over to MilesDavis.com, and as a 10 minute excerpt of one of the jams have just been made available through Rolling Stones check that one out below while we wait for March 25.

"SPANISH KEY: ENCORE" @ ROLLING STONES
Posted by lost.tapes.claaa7@gmail.com at 4:00 AM