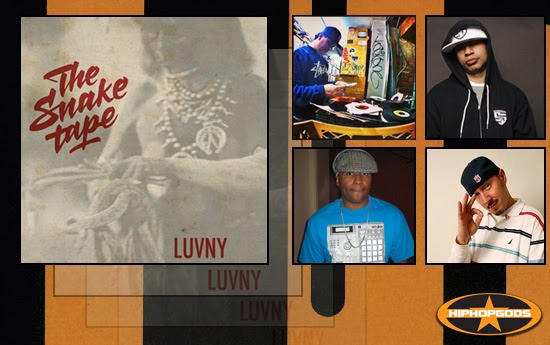 Red Apples 45 has really grown quickly into a very respectable underground house in a relatively short manner of time. Producer and label head Ray West is the man pushing the buttons and if you ask me with each release the music has gotten a little bit stronger. Most recently we had the fantastic "Ray's Cafe" that West produced for OC (which is now finally out on wax and cassette BTW - cop here). Now the team is back with another, very limited project, limited to 150 cassette copies only and presented by the LUV NY team who released a pretty strong compilation album last year. Entirely produced by West, "The Snake Tape", is an EP that unites some of New York's finest spitters including AG, Lord Tariq, Kurious, Kool Keith, L-Fudge and Dave Dar. Check out the tracklist below and visit UGHH to pre-order (Tuesday, April 1 is the set date).