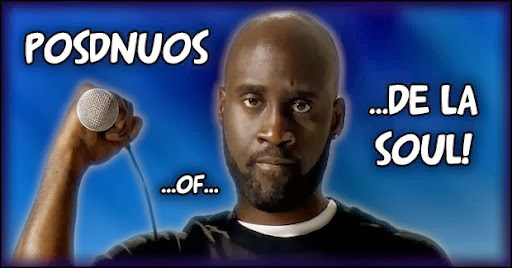 Of course, De La Soul is one of the most important groups not only in hip-hop but all of music. The Lost Tapes have previously focused on this powerful trio's many non-album singles between 1989-1993 ("Three The Hard Way") and 1995-1999 ("Stakes is High" era), meaning that there's still a volume 3 left to be compiled ad uploaded here as soon as possible. But that time is not now, though the De La theme for this new compilation is still at the forefront... While The Soul as a group has always been held in the higest regard, you rarely see mentionns of Pos or Dave as incredble artists in their own right. Unfortunately both of these guys are clearly album guys and their respective guest apperances have been relattively few, in fact so little that in Dave's case a full-length compilation of cameos and soundtrack joints is a complete impossible (I might do an EP further down the line though).

Posdnous, or Plug Won, on the hand has especially during the last decade started popping out on a  whole lot of dope records which made him a given in the next Lost Tapes compilation series. As Pos says in one of the "WTF segmentt" in De La's "Impossible Mission" "mixtape" talking about an unreleased track from "De La Soul is Dead"; "my flow was still baking at that time, matter of fact I'm not sure if  would even call it a flow at a time". This is of course a little hard drawn, but what really put Pos right up there with the best was his verse on  "I Am I Be" from 1993's "Buhloone Mind State". Filled with double entendres, introspective and extremely witty lyrics set over one of Prince Paul's finest producion this was the track that had me fiending for the next Pos verse on any De La record spinning. Just like his PNC Dave or Trugoy, there's not that much cameos to choose from in making of a compilation of this sort, but the good news is that every singe one of the 14 tracks presented here are bonafied bangers. The 57 minut" es presented over these fourteen tracks is not only the first Posdnous compilation that I am aware of, but also works extremely well both in material and sequencing. There are a couple of songs I decided not to include on "Plug Wonders", meaning it's not an entirely complete catalouge of all Pos' non-album material. The two songs I choose not to include here is R&B group Mint Royale's "Show Me" (2002), "Chuck Road" from Wrekonize 2013 album "The War Within", as well as the clubby "Thou Shalt Always Kill (De La Remix)" by Dan Le Sac. Not bad songs per se, but they sure didn't fit in too well with what I was trying to do here - which was combine the finest Posdnous verses with some of the hottest modern producers around alongside with some of the illest emcees around.

The result is sufficient proof that  Pos is one of the most interesting and most clever emcees around and has been so for many years and hopefully many more years to come, On the aptly titled "Plug Wonders" you'll hear Plug Won going hard over both soulful and rugged beats by legendary producers such as as J Dilla, Madlib, Oh No, Jake One, DJ Jazzy Jeff, DJ Spinna, Oddisse, Marco Polo, DJ Shadow, Statik Selektah, Jake One, and others. Joining on vocals are the likes of Talib Kweli, Masta Ace, Edo G, AG, Dilla, Slum Village, Frank Nitty, Fashawn, Termanology and more. A true joy for the ear as the mood switches from sunny soul infused beats to murky hardcore underground West Coast vibes. I strongly recommend listening to "Plug Wonders" in full as a lot of thought went in to this and it's tracklistig so DON'T SLEEP! 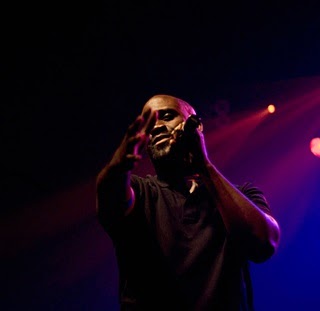