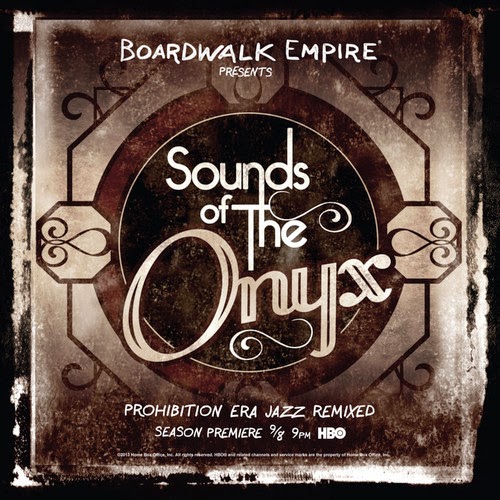 Wow, I can't believe how I managed to miss this crazy remix project as it combines three of my favorite topics - the musical talents of two of my all time favorite DJ:s/producers, JAZZ, and HBO's mindblowing "Boardwalk Empire". Released in September 2013, "Sounds of the Onyx" (named after the club Chalky White runs in season 4) combines six major 1920's big band tunes heard on the show with the remix skills of some of hip-hop's finest; namely Pete Rock, DJ Jazzy Jeff, Om'Mas Keith, Shafiq Husayn, Jayceeoh, and Tall Black Guy. I guess I'm not the only one who slept on this release so be sure to stream and/or grab it below if that's the case, because this is pretty great. Especially Pete Rock's take on New Orleans jazz band Vince Gioardano & The Nighthawks' "Sugarfoot Stomp" swings like a motherfucker!

As for the future of "Boardwalk Empire", HBO has renewed the series for a fifth season to start airing this September. Unfortunately it will also be the last one, and rumours (which I hope are false) speculates about this season only having eight episodes rather than the usual twelve!

Posted by lost.tapes.claaa7@gmail.com at 4:36 AM