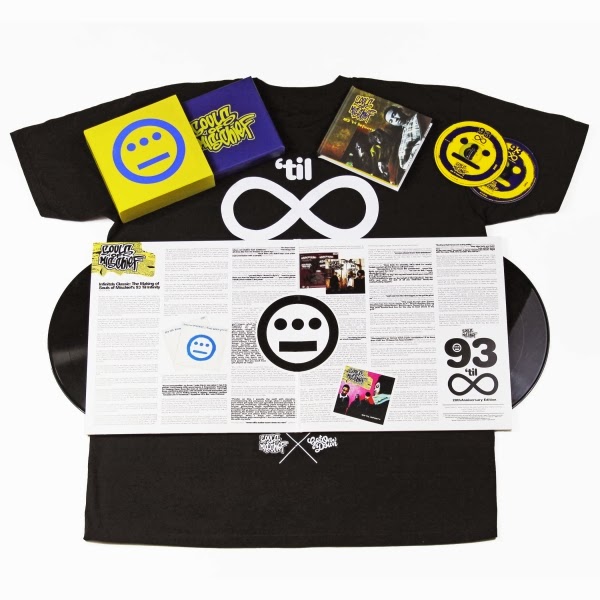 Late 1993 and early 1994 was filled top to bottom with incredible albums that today stands as some of the best hip-hop LP:s ever recorded. As it's been 20 years since their original releases, fans are in 2014 treated to exclusive anniversary edition of two of those classics. First out is Hieroglyphic's Souls of Mischief crew and their immortal "'93 Til' Infinity". The limited edition package will be available through Get On Down Records and includes a remastered edition of the album on both double vinyl and 2xCD format. Although there's no tracklist out yet I am assuming that the second disc will include either the instrumentals or rare B-sides, remixes, and such. As Get Down is behind the release I am assuming it will also contain an extensive CD booklet detailing the making of the album through a track-by-track breakdown from the artists themeselves. Included in the package is also an exclusive Souls Of Mischief T-Shirt. These babies are quite expensive but as they are limited to only 500 copies, they will definitely end up as collectors items - so hurry up and buy. In further news on The Souls their much anticipated collaboration with super-talented multi-instramentlist and producer Adrian Younge, "There Is Only Now" has finally been given an official release date of February 18 and can be pre-ordered now @ UGHH. 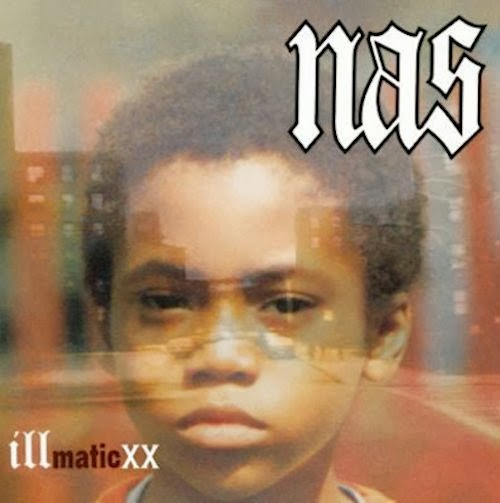 The second album that celebrates its 20:th year in existence this spring is what I still consider one of the three greatest hip-hop albums ever released - Nas '94 debut "Illmatc"; a flawless set of music if I ever heard one. The two disc release will not only include a remastered version of the timeless ten that makes up "Illmatic" but also a bonus disc. Disc two consists of remastered versions of all the remiixes included as B-sides on the original releases of the singles from the LP, including classic takes by Large Professor, Godfather Don & VIC, Joe "The Butcher" Nicolo, and more. What excites me the most however is the prospect oof a fully remastered version of "I'm A Villain", always loved that joint! In support of the release Nasir will appear at Coachella this summer, alongside several other avenues.