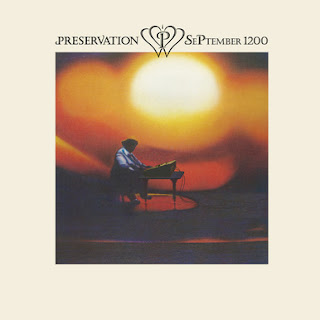 Preservation's been making 2013 into a real fat year for long time followers of his music like myself. Kicking things off with the amazing free digital Mos Def remix album "The RECStatic", followed by the equally dope compilation "Old Numbers" which seamlessly blended together some of his classic, but rare, productions into a fine front-to-back listen.

Now the talented producer returns with another dope free project, an instrumental album entitled "SePtember 1200". Since September 12 marked the anniversary of the passing of the late, great Marvin Gaye, Preservation here creates an album of beats based on the legendary soul legends and produced the material solely on the classic SP1200-sampler. I haven't really listened to it yet, but I doubt it will dissapoint as I can count the so-so Preservation beats I've heard in my life on one hand... Barely... So definitely give this a fair chance, and TURN THAT MF UP!!