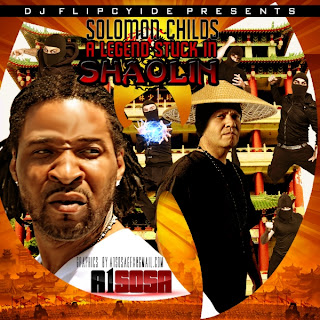 When Solomon Childs, p/k/a Killa Bamz first started to make his name known through outstanding guest apperances on Wu-Tang affiliated projects including Cappa's "The Pillage", RZA's "Digital Bullets", Ghost's "Supreme Clientele" and so forth. Signed to ChamberMusik, he has released several street albums and official mixtape, none representing the amazing project he might drop one day down the line. The same can be said abot Childs' latest free digital offering - ""DJ Flipsyde Presents: A Legend Stuck in Shaolin". I haven't really listened to it yet tbh, but at the very least there should be some crazy rhymes on here.