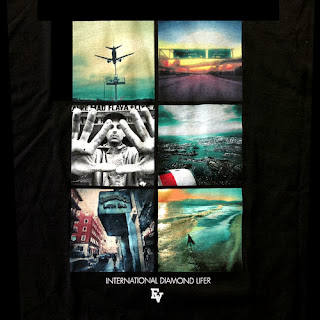 For those who are not in the know Step Brothers is the collective group name for Alchemist and Evidence. They are both talented MC/producers that go a long, long way back. Alchemist's earliest records put on wax was in contributing two out of three tracks on Dilated Peoples first 12" in '97 (the "Third Degree" single). Since then they have appeared extensively on each other's projects, Alc has probably produced around 20 tracks on Dilated's four albums, as well as producing heavily on both of Evidence's acclaimed solo albums. Likewise Evidence always appears on ALC's solo projects so it was only a question of time and timing before these LA veteran's formed something official and started working extensively on a full-length album together. The result is an LP called "Lord Steppington" which is due out on November 19 this year on Rhymesayers.

We heard a certified banger from the men on Ev's "Cat & Dogs a couple of years ago, and now they are back with another teaser; and a 12 minutes deep cut at that. Called ""nothing to See / Hear" the epic track is mostly an instrumental excursion, co-produced by them both, that gives good insight into the physcadelic soundscapes we could very well expect from this long-awaited project. It mixes physcadelic sounds with soulful excursions, dark sound effects, low-key funk, small vocal samples, cuts, pounding drums and the ocassional Step Brothers' verse and the result is just excellent. This has been out for a few days, but I haven't really tooken the time to update lately, but this is something you need to hear if you might have missed out on it before.

Posted by lost.tapes.claaa7@gmail.com at 1:54 PM